VENICE, Fla. - It’s difficult to measure the impact Hurricane Ian had on Florida’s wildlife, but volunteers at the Wildlife Center of Southwest Florida are seeing it first-hand.

"It's hard to see that because we know they need help and we want to get to them all," said Ivy Smart, a staff member at the center.

Smart takes time out of her day to bottle-feed more than 100 baby squirrels and rabbits that came through the center’s doors following Hurricane Ian.

"Good Samaritans brought all these in mostly. We are thankful for that so we can give them the care we need," she said.

It's not only squirrels. Raccoons, pelicans, possums and even rare birds, like a falcon, are recovering at the center. More than 350 animals came in after the storm. 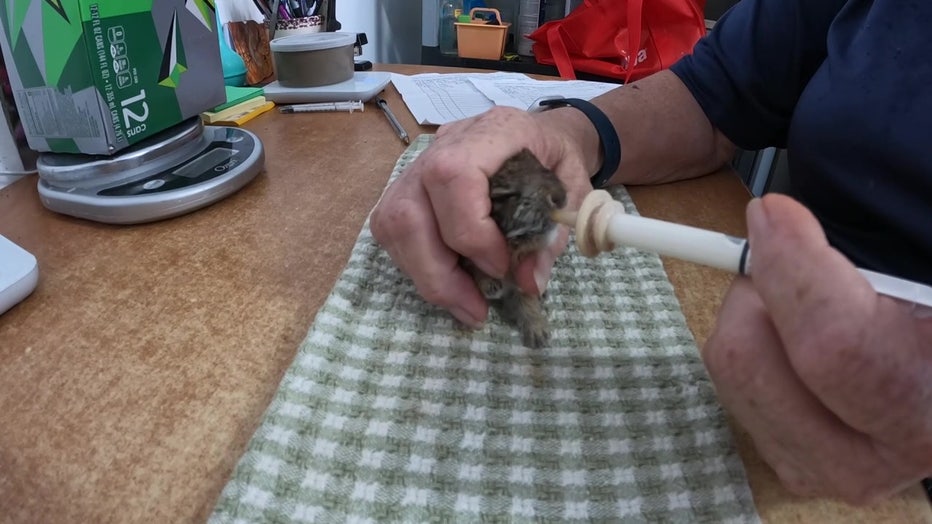 A volunteer bottle-feeds a baby squirrel displaced by Hurricane Ian.

"They were cold, they ingested water, they had head trauma," explained Pamela DeFouw, the center’s executive director. "They’re being blown out of trees. A lot of trauma went along with the increase of patients seen."

READ: Florida's ‘shark maternity ward’ may have been forever changed after direct hit by Hurricane Ian

DeFouw and others continued to care for animals around the clock, even after Hurricane Ian knocked out the power and submerged the property in water from the Myakka River. 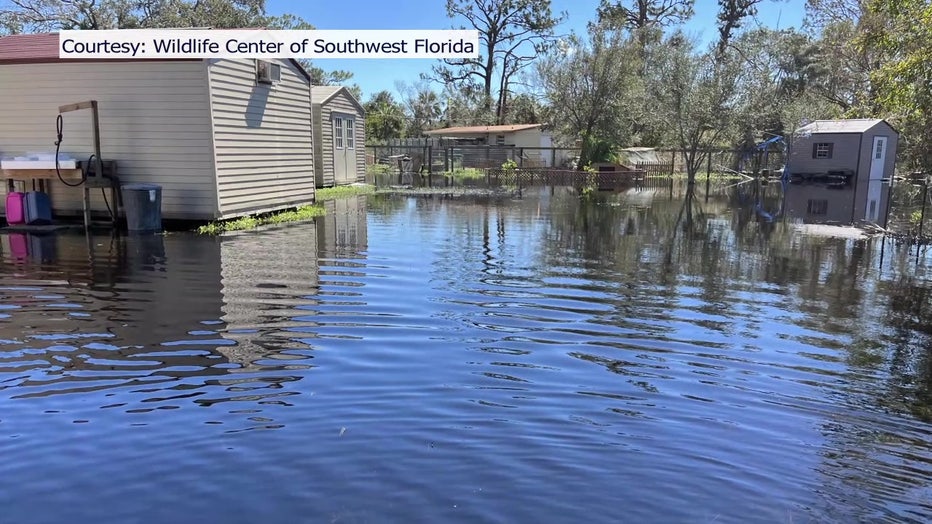 "The entire property from front to back we were actually kayaking to our back mammal closures to feed the mammals out back," she said.

Luckily, those mammals were on their own dry land, which became small islands surrounded by floodwaters. Trees and fences were knocked down. The center's roof was damaged and its computers and lawnmowers were destroyed. 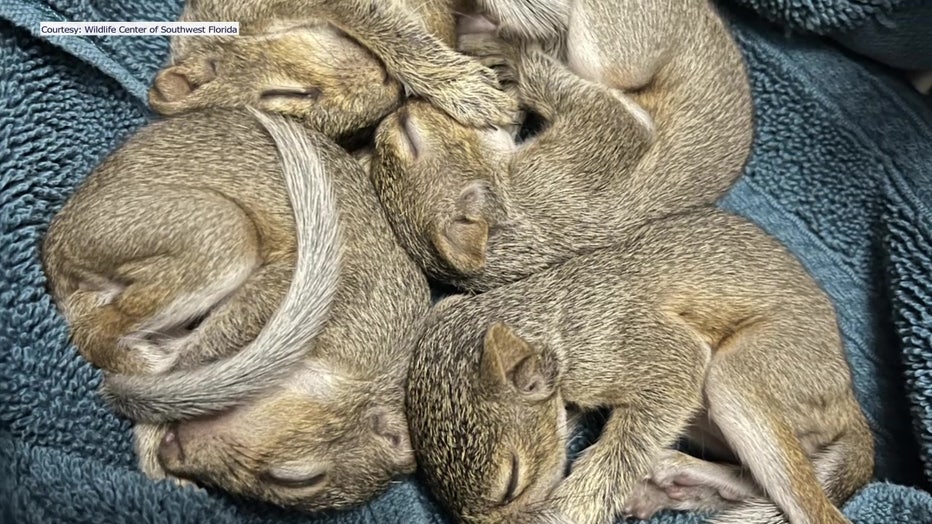 Baby squirrels recover after being displaced by Hurricane Ian.

"We are really just trying to pick our battles because we are a nonprofit so the bank isn’t endless. We want to make sure we are doing the repairs we need while caring for the influx of wildlife that we get," stated DeFouw.

Despite challenges, the center’s work continues. 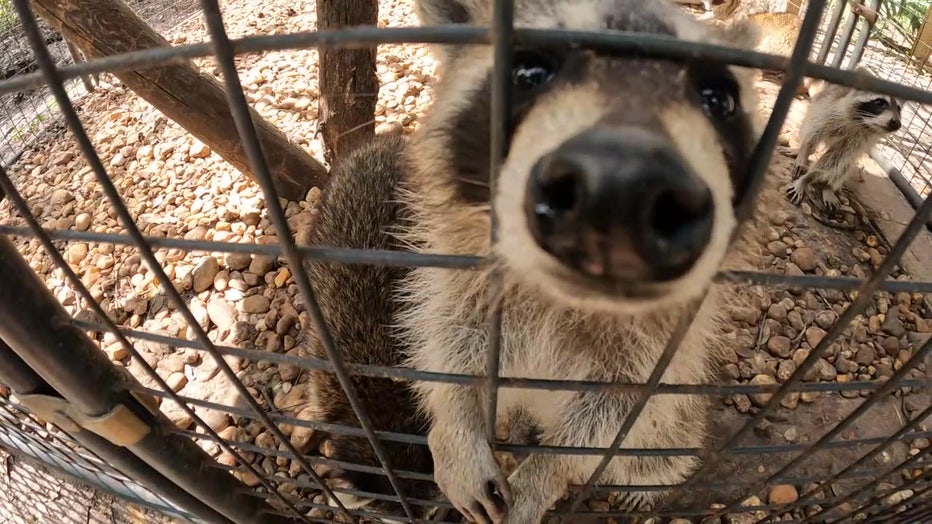 A racoon recovers at the Wildlife Center of Southwest Florida after Hurricane Ian.

"Some of the animals we have here are threatened and endangered species. We want to do everything we can to get them back out into the wild, establish their identity and their existence again in the community," explained DeFouw.