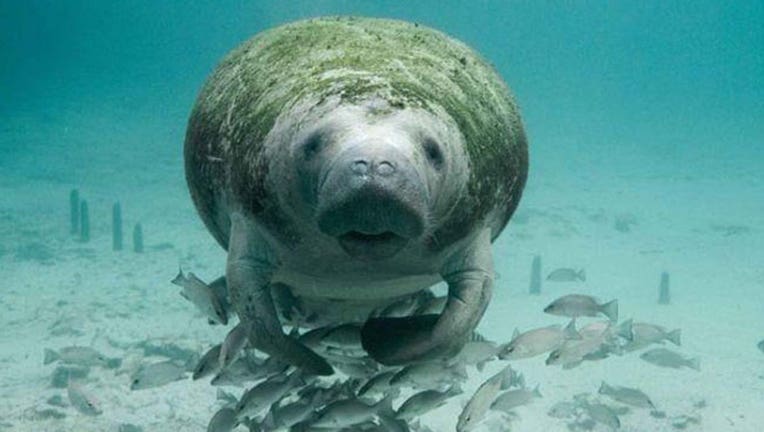 TALLAHASSEE, Fla. - After a record number of manatee deaths mostly linked to malnutrition, state and federal wildlife officials hope to double rescue and rehabilitation capacity before the sea cows again congregate in warm waters during the winter.

In a conference call Wednesday with reporters, officials from the Florida Fish and Wildlife Conservation Commission and the U.S. Fish and Wildlife Service said they continue to set up infrastructure and equipment in anticipation of a heightened response when manatees make their winter return to areas depleted of sea grasses.

Terri Calleson, a biologist with the U.S. Fish and Wildlife Service, said meetings have been long underway with people involved in rehabilitation about the need to accommodate higher numbers of ailing manatees "in the years to come."

Calleson said 89 manatees are being treated in facilities across the state, from cases of starvation to injuries from getting hit by boats. If needed, resources are available to handle close to 100.

"I'd really like to see … close to twice that if we can muster that," Calleson said.

"A lot of that depends on how critical (the condition of) the animals are," Calleson continued. "One critical animal that needs around-the-clock care can really tie up one whole pool until that animal reaches a point where it's stable."

The agencies are warning people to be on the lookout for manatees while boating over upcoming holidays.

The Fish and Wildlife Conservation Commission and the Fish and Wildlife Service during the past winter undertook a highly unusual supplemental feeding effort that provided lettuce to manatees, which have starved because poor water quality and algae blooms have depleted seagrass beds in prime foraging areas.

Wildlife officials anticipate they might again have to provide lettuce to manatees gathering in East Coast waters next winter. Through June 3, 575 manatee deaths had been reported this year.

That number was down from 780 deaths at the same point in 2021, when a record 1,101 manatee deaths were reported. But it remains far higher than in other years.

"Animals that have made it through now, two winters of low food resources, will still be stressed," said Tom Reinert, South region director for the Fish and Wildlife Conservation Commission. "I expect potentially still-higher-than-normal mortalities next winter."

The state and federal agencies are working with seven organizations to expand rehabilitation capacity.

Calleson said SeaWorld is expanding to provide up to 20 additional spots, while additional work is underway at Clearwater Marine Aquarium, Zoo Tampa and the Jacksonville Zoo. Even Walt Disney World has come forward "on ways that they can take a more integral role."

"All of these folks have come and want to help our effort and help manatees in general," Calleson said. "That’s really what it takes. When you are dealing with 10,000-pound animals, it really does take a village to try to handle, care for and treat these animals."

A new state budget, which will take effect July 1, includes $30 million to enhance a network of acute-care facilities for manatees, restore manatee habitat and fund pilot projects similar to the supplemental feeding program.