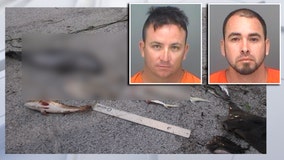 The Florida Fish and Wildlife Conservation Commission filed charges against two men for the unlawful use of a gill net, which they used to catch a baby dolphin and several species of fish. 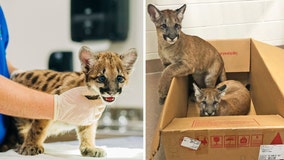 A pair of recently-rescued Florida panther kittens pounce and play with their favorite toy at ZooTampa at Lowry Park. 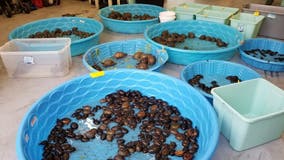 The Florida Fish and Wildlife Conservation Commission (FWC) has charged two suspects for poaching thousands of native turtles in Florida in what the agency says is the largest seizure of turtles in recent history.