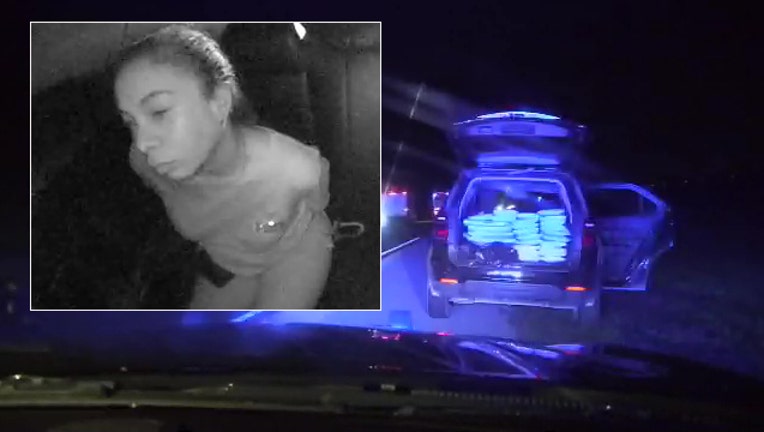 BUSHNELL, Fla. - Troopers arrested Jessica Florentino, 35, following a traffic stop in Sumter County after they discovered 44.4 pounds of marijuana, $11,100 cash and a box of 30 Alprazolam pills in her car.

According to the Florida Highway Patrol, a trooper stopped Florentine for driving 90 miles per hour in a 70 mile per hour zone on Florida’s Turnpike in Sumter County

The trooper placed Florentino inside the patrol car and went back to her vehicle. That’s when the trooper found two large trash bags with 42 sealed bags of marijuana that weighed 44.4 pounds. The cash and Alprazolam pills were in her purse, according to FHP.

Florentino was arrested and taken to the Sumter County Jail.