Video: Woman steals puppy from 'All About Puppies' store in Lakeland

LAKELAND, Fla. - Investigators are searching for a woman who was seen stealing a Dachshund puppy from "All About Puppies" in Lakeland.

The woman, who has not been identified, was caught on the store's surveillance video stealing the puppy on October 13 at around 2:45 p.m., the Lakeland Police Department said. 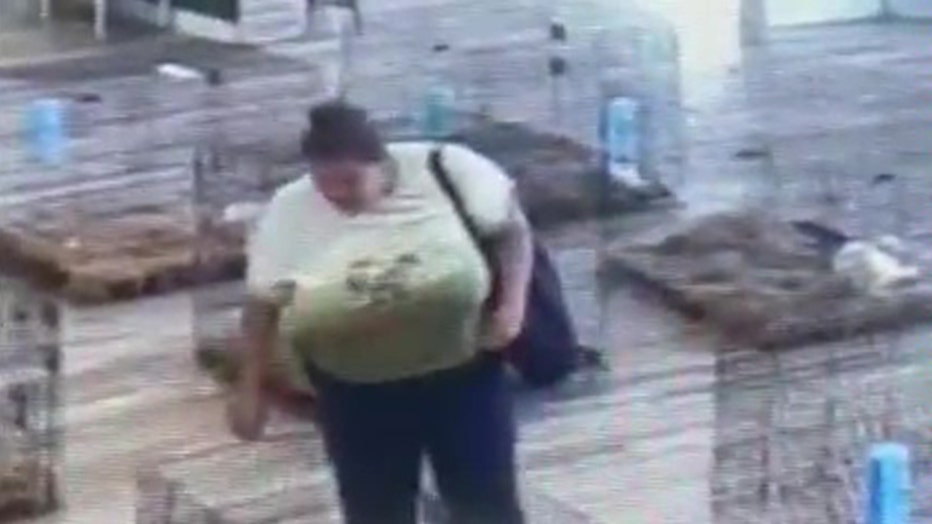 The video shows the suspect pulling the puppy from the kennel and concealing it in her large purse that she was carrying before walking out of the store, according to officers.

Now, detective are hoping to identify the woman.

Anyone with information is asked to contact LPD Detective Bardwell at (863) 834-8952 or email cody.bardwell@lakelandgov.net. To make an anonymous tip, you can contact the Heartland Crime Stoppers 1-800-226-8477or visit www.heartlandcrimestoppers.com.