BRANDON, Fla. - The shovels were raised and the dirt was tossed, marking a new beginning for many Hillsborough County firefighters.

Commissioners broke ground Wednesday on what will become Fire Station 45 in central Brandon – a new facility that will keep up with the population boom the area has seen over the last several years.

"We have had so much growth in Hillsborough County in the last decade or so, and in that period of time, we’ve only built one fire station," Chief Jones said. "So it’s really critical that we add resources."

Resources that he says will decrease the area’s call volume and response times.

"This year, we’ve experienced the highest increase in calls in the history of our department," he continued. 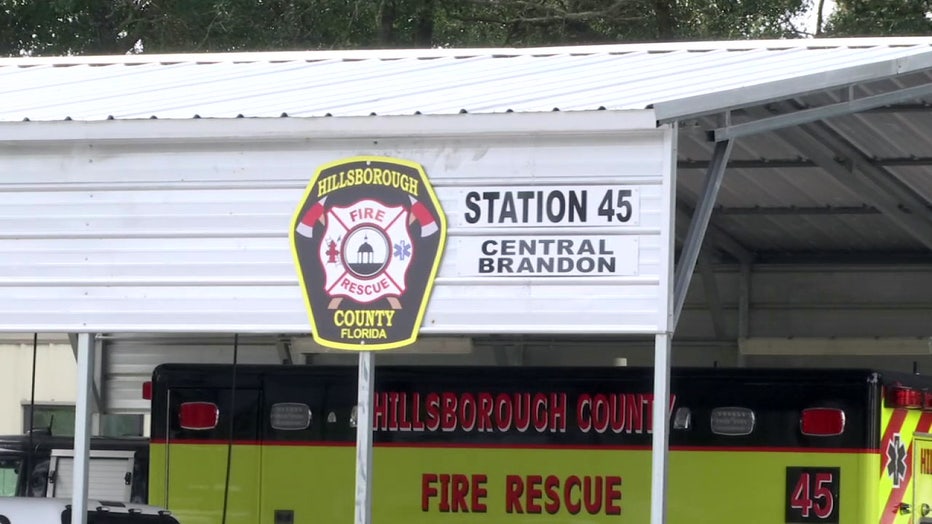 This station has been in the works for years. Commissioner Harry Cohen says there’s a rolling need for new stations.

"We have another one coming up in Riverview, a big renovation project in Apollo Beach," Cohen said. "Those are going to be followed by more appropriations in coming years’ budgets, to try and continue to ramp up the number of critically needed fire rescue facilities." Inside this facility will be a new, state-of-the-art ventilation system to prevent dangerous particles on firefighting gear from being brought inside.

"To consider the carcinogens they are bringing back from the fires, it has an area of the station immediately attached to where the apparatus bays are," Chief Jones said. "There’s also a separate washer and dryer extractor so they can put their uniforms and their bunker gear there – into this machine – and clean their gear before they go on another call."

Chief Jones says it will keep all of those contaminants out of their living area.

The station is expected to be completed by spring of next year.