TAMPA, Fla. - The World Series matchup between the Houston Astros and the Philadelphia Phillies is raising some eyebrows because of the lack of diversity on the roster.

Jackie Robinson played in the World Series with the Brooklyn Dodgers back in 1947. Since then, a matchup in 1950 between the New York Yankees and the Philadelphia Phillies has been the only World Series without a US born Black player – until now.

Houston and Philadelphia are two major American cities with large African American populations.  Activists said there are a couple of reasons for the lack of diversity.

RELATED: No US-born Black players on expected World Series rosters for the 1st time since 1950

"Kids aren’t playing baseball, they’re playing basketball, they’re playing football," said Walter Gilbert, a community activist in Sarasota. "That’s, because they see people that look like them, participating in those sports and until we start getting back in with that attitude with Major League Baseball, making baseball attractive to inner-city kids, we’re going to have a problem."

Gilbert is a former high school football coach and is currently the president of diversity and inclusion at Selby Botanical Gardens.

"I don’t think they’re being intentionally secluded, like when we had to have the negro leagues, that part doesn’t exist, it’s the opportunity part that’s not there," Gilbert said. 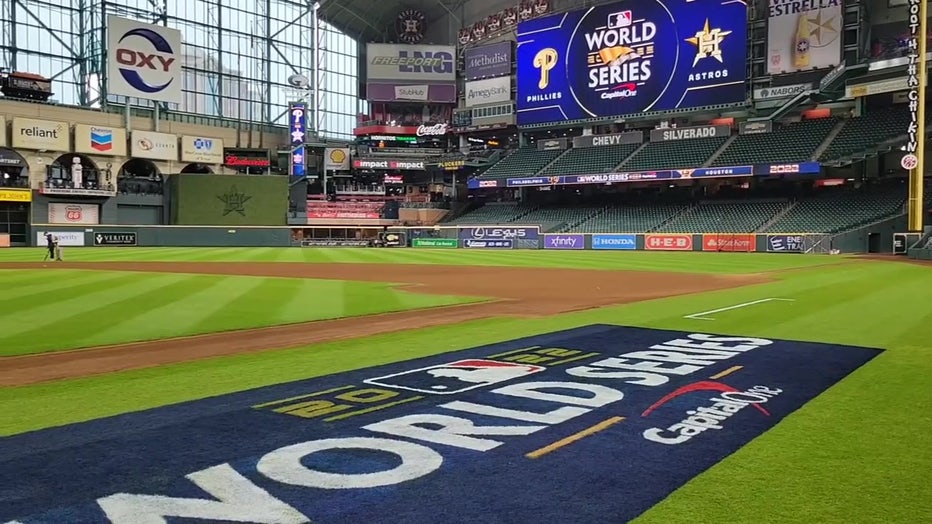 He said a lot of young baseball players are joining pay-to-play or club leagues. Gilbert said the cost of those leagues can deter minority communities from participating.

There isn’t a complete lack of diversity on the Astros and Phillies rosters for the World Series. Both teams have some players from the Caribbean, Central, and South America, but activists said more needs to be done to attract African American youth to the sport.

Astros manager Dusty Baker, who is one of two African American team managers in the MLB, spoke to the Associated Press this week.

"What hurts is that I don’t know how much hope that it gives some of the young African American kids," Baker said.

Baker did go on to say that "There is help on the way. You can tell by the number of African American, No. 1 draft choices. The academies are producing players, so hopefully in the near future, we won’t have to talk about this anymore or even be in this situation."