PARRISH, Fla. - Sitting on 40 acres of land in Manatee County, Florida Power and Light is nearly finished with construction on the world's largest solar-powered battery.

"It's a long-term journey in removing carbon from our system," said Matt Valle.

The battery will capture energy during the day from sites like the Manatee Solar Energy Center, and then will be used to power 329,000 homes in Manatee and Desoto counties during the night and times when the sun isn't shining as bright.

"It's about 132 containers… stretching over 40 acres and that is capturing solar energy on the system, day-in and day-out, and balancing that later to when we need it," explained Matt Valle, FP&L's vice president of development.

Each unit houses specialized batteries. Combined, they are equivalent to 100 million iPhone batteries. The site has a lifespan of 40 years. 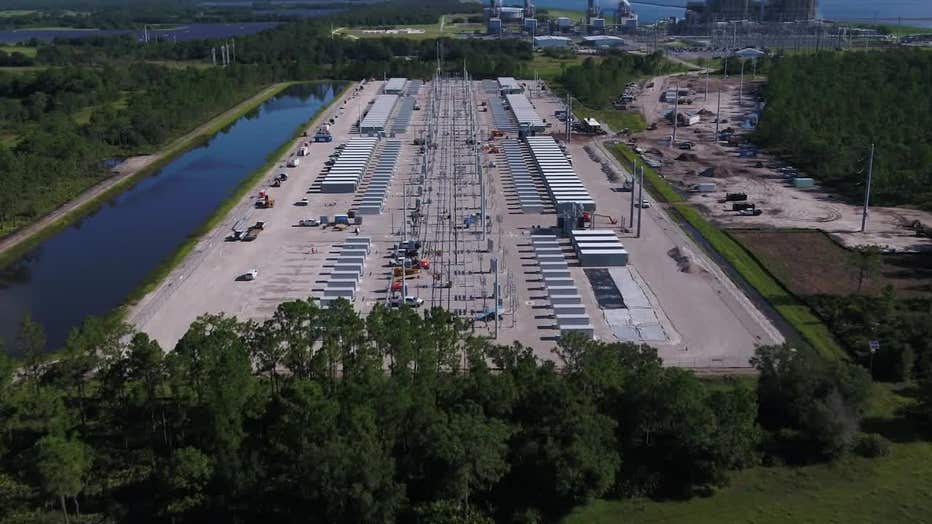 It's one step FP&L is taking to continue a movement toward clean energy.

Once the battery is up and running, the fossil fuel plant in Parrish will be taken offline.

"Over the life of those investments and the retirement of that system, we will save 1 million tons of carbon," said Valle.

FP&L said customers will also see some savings, but reducing the company's carbon footprint is the real benefit.

"We feel that FPL, as well as other utilities, will have to go to a world where we aren’t emitting any carbon. This battery is key to taking intermittent renewable resources and bouncing that out on our grid over time,"  said Valle.

The battery is expected to be in operation by the end of the year.