Landfall is expected south of New Orleans with life-threatening storm surge and strong winds expected along portions of the northern Gulf Coast beginning around midday.

Zeta raked across the Yucatan Peninsula Tuesday, striking as a hurricane, before weakening to a tropical storm.

Hurricane warnings stretched from Morgan City, Louisiana, along the Mississippi coast to the Alabama state line. The tropical storm sarning along the coast of the Florida panhandle has been extended eastward to the Walton/Bay County Line. Early Wednesday, the storm had sustained winds of 85 mph (136 kph) and was centered 320 miles (514 kilometers) south-southwest of the Mississippi River’s mouth. 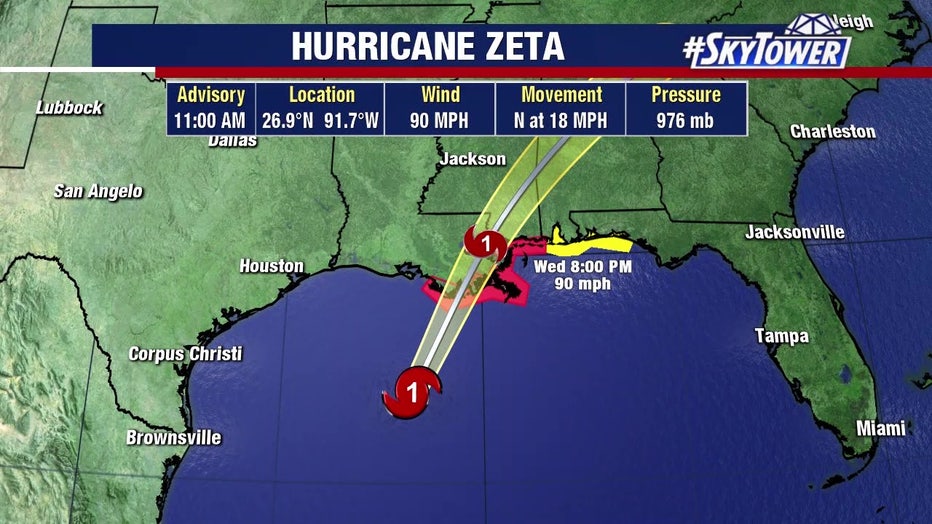 Zeta will make landfall in southeastern Louisiana later in the day with 100 mph winds, according the National Hurricane Center. Zeta will move close to the Mississippi coast Wednesday evening, and move across the southeastern and eastern United States on Thursday.

Louisiana Gov. John Bel Edwards asked President Donald Trump for a disaster declaration ahead of the storm. He and Alabama Gov. Kay Ivey both declared emergencies, as did Mayor Andrew “FoFo” Gilich in Biloxi, Mississippi. Trump declared an emergency for Louisiana Tuesday evening.

“There’s no doubt that we’ve seen a lot this year, with COVID and so many threats from so many storms,” Gilich said in a news release, “but this storm shows that we haven’t seen it all yet.” 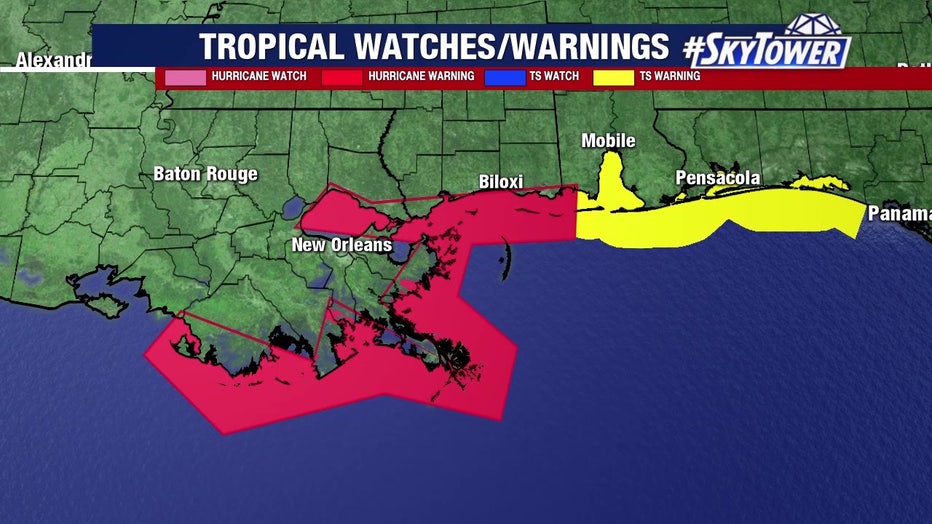 The storm approached as New Orleans officials announced that a turbine that generates power to the city’s aging drainage pump system broke down Sunday, with no quick repair in sight. There was enough power to keep the pumps operating if needed but it left authorities with little excess power to tap should a breakdown of other turbines occur, officials said at a news conference with Mayor LaToya Cantrell.

Officials said they were running through contingencies to provide power and make repairs where needed should there be other equipment problems. Forecasts, meanwhile, called for anywhere from 2 to 6 inches (5 to 15 centimeters) of rain to fall in the New Orleans area. Officials noted that Zeta is expected to be a relatively fast-moving storm, possibly mitigating the flood threat. 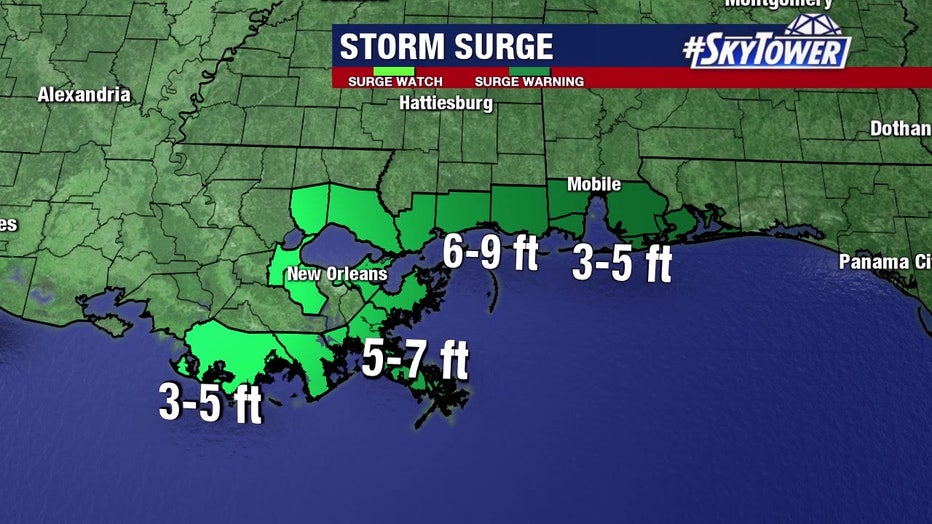 The extraordinarily busy hurricane season has focused attention on the role of climate change, which scientists say is causing wetter, stronger and more destructive storms.

Louisiana has been hit by two tropical storms and two hurricanes: Laura, blamed for at least 27 Louisiana deaths after it struck in August, and Delta, which exacerbated Laura’s damage in the same area just weeks later.

Hurricane Zeta is set to be the fifth-named storm to his Louisiana this season.