TAMPA, Fla. - Most people know Chris Harris as the “bucket drummer.”  He’s become a staple outside the Trop and Amalie Arena.

“It’s almost like not so much the sound, but the style of playing the bucket,” he said. “Once I get warmed up and going, I think, ‘Wow, I can’t believe I’m playing this strong this fast,’ and then the crowd builds and I find myself playing even more. The crowd feeds it to me,” he said.

FOX 13 caught up with Harris Tuesday, ahead of the Lightning’s big Game 5.  He uses pickle buckets as drums, and his secret sauce starts with his special shoes.

“I can bend my foot very easily and that lets me control the bucket with my feet,” he explained.

MORE: Top players have Lightning on verge of first final since 2015 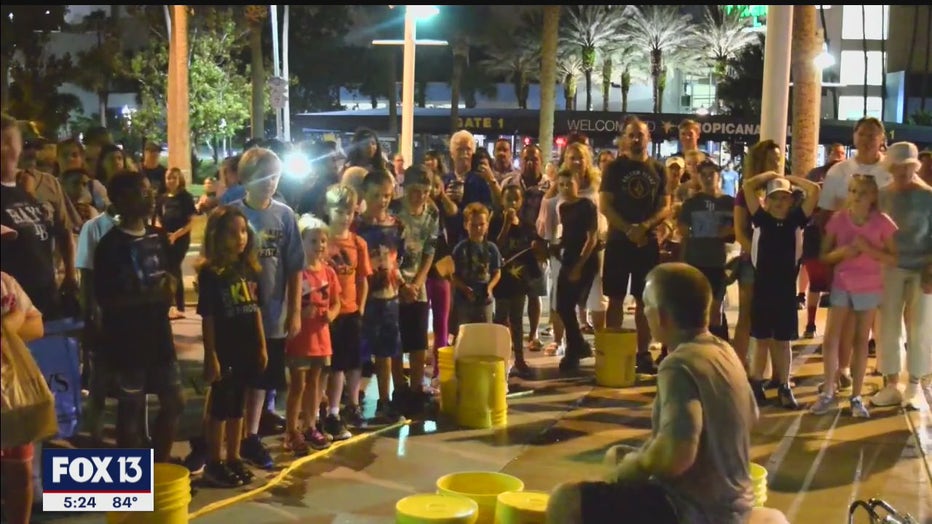 But because of coronavirus, Harris – like the rest of us – is watching the Bolts from afar.  However, he says as soon as he can he’ll be back, bringing his signature sound.

“I’m to come out and give it everything I’ve got,” he said of his future performance.

Harris predicts the Bolts take Game 5, which would send them to another Stanley Cup Final matchup.