BARTOW, Fla. - Their stunts will make your jaw drop. Their skilled routine is the result of an entire year's work and sacrifice. And it all paid off: One Polk County cheerleading squad is celebrating their biggest victory ever.

Over the last two weekends, the Bartow High School Varsity Cheer team achieved what's called the "Triple Crown." They not only won the state championship, they won the national and world championships.

When you see them perform, you'll understand exactly why.

Cheeleading is not just about leading the cheers. It's extraordinary strength, flawless balance and a lot of mental toughness.

"This is definitely the hardest sport I've ever done," said senior Kalib Giles, who formerly played football. "You're dealing with people's lives, you're having to exert so much energy, it's just a lot." 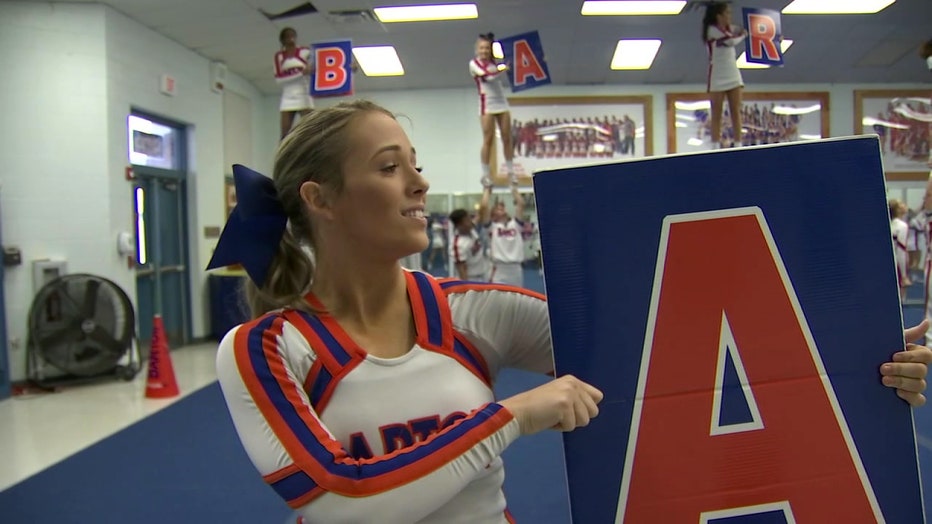 "We have a whole routine that is 2 minutes and 30 seconds that we have to work," said senior KJ Mackeroy.

Until this month, the team had six state championships, three national, and two world championships. Pretty impressive, but, they'd never won all three in the same year.

"What we say around here is ‘Blessed to be Bartow’ or, it's just simply 'Be Bartow," said head coach Lori Joliff. "And, that just simply means it's a way of life, saying I'm going to work hard for the things I want."

For the last year, these 28 athletes spent long hours on the mats. 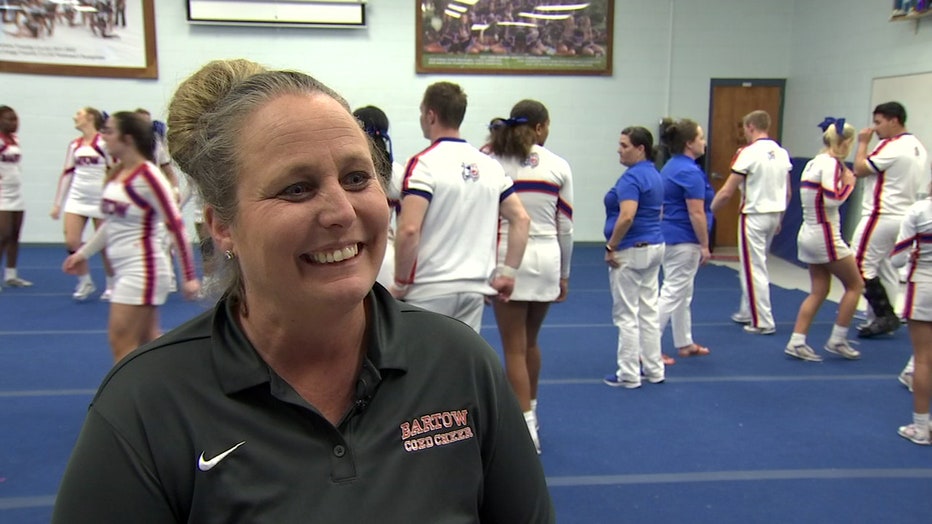 They practiced until perfect. All that time together can make you pretty close.

"We call each other family. Brothers and sisters all on this mat," Mackeroy said. "We love each other to death; we are always with each other."

Throughout the year, they won plenty of trophies and suffered some losses. "We lost one of our main stunters," Joliff said. "He broke his foot and so, we lost him two weeks before State."

They adjusted, recovered, and won the state title. But it all came down to last weekend, the national and world championships at ESPN Wide World of Sports. 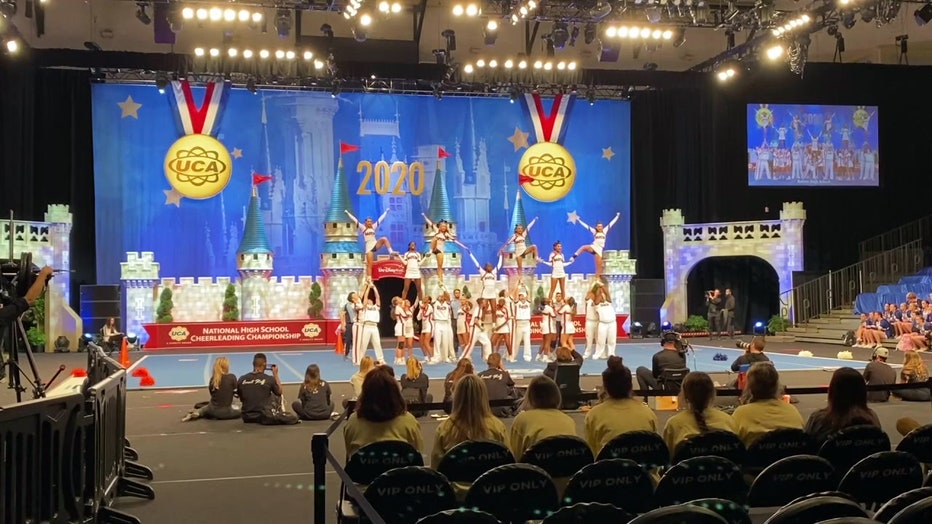 "When you go out there, you don't see anybody because you're out there and you're just living in the moment," Giles said.

"From the time I go out to the floor to the time I'm done, I'm completely zoned out," Mackeroy said. "I am focused on what I have to do."

All the work, sweat and sacrifice led to 2:30 on the mat. And sure enough, they pulled it off, achieving the "Triple Crown."

“It was definitely relief,” Giles said. “Our hard work has finally paid off.” 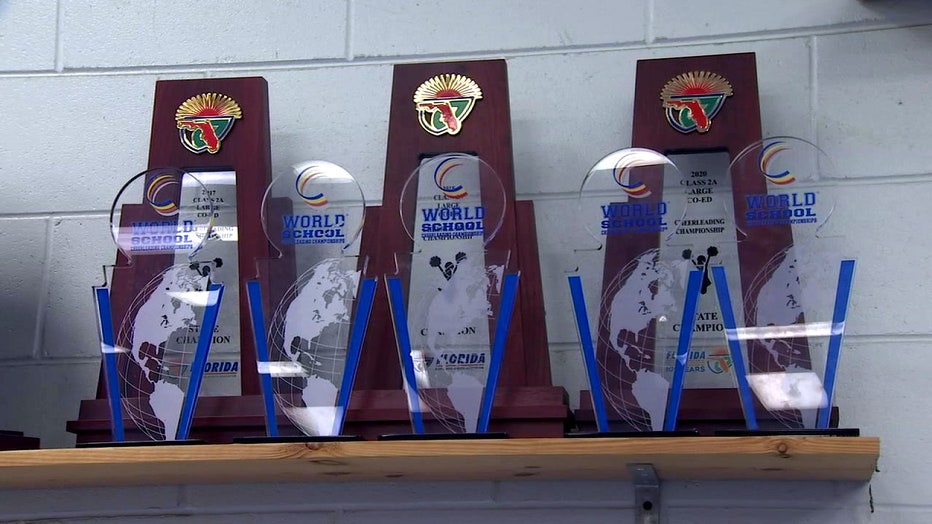 In a gym where the bar is already set high, it just got higher. 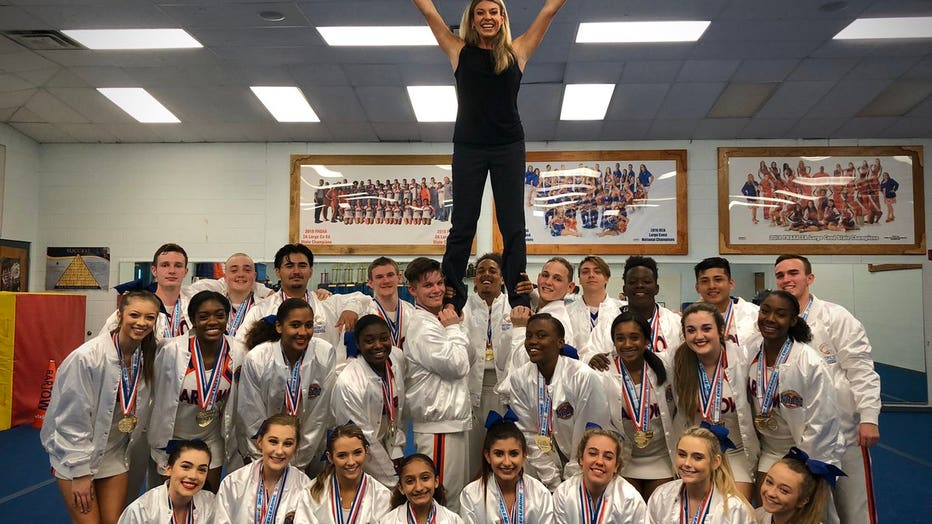 “They can celebrate that trophy but it's not about that trophy,” Joliff added. “It’s the moments that we've made throughout the year that they're going to take away with them forever.”

They celebrated their big win Sunday. But, to be this good, you know the work never really ends. As of Monday, they were back at it, practicing and getting ready for next year's competitions.