Godwin returns to the practice field

TAMPA, Fla. - On Friday, Buccaneers players were treated to a sight for sore eyes when Chris Godwin walked out onto the field in pads for the first time during training camp.

"It's always a plus when he's in uniform," said head coach Todd Bowles.

For the first time since tearing his ACL in their week 15 game against New Orleans last season, wide receiver Chris Godwin was back on the field in pads taking part in a practice.

"Just to see him and hear about what he went through, how much rehab and hard work that takes to come back from an injury like that is just, for me, amazing to see him out there," said rookie running back Rachaad White.

Though he wore a knee brace and was limited to just individual drills while testing out his right knee, Godwin was still active throughout practice. 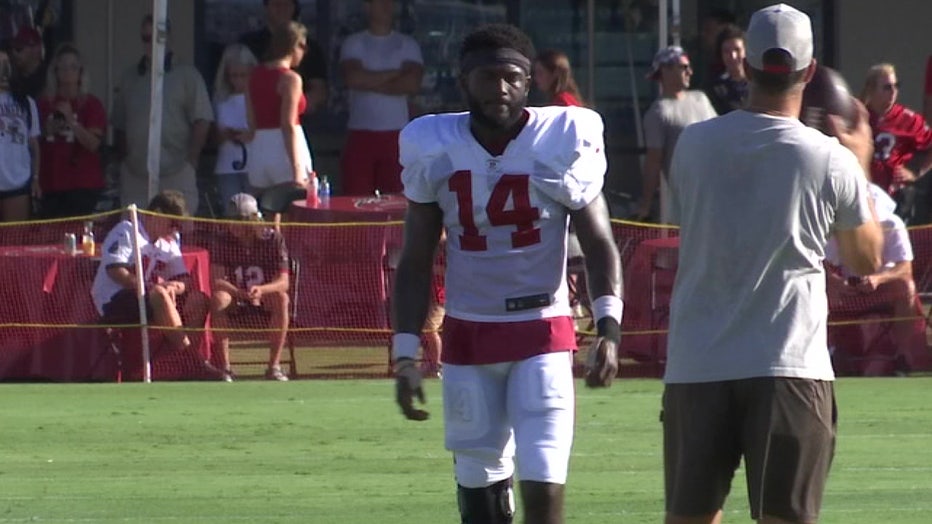 Bowles, however, says they're not rushing back Godwin just yet.

That was the good news of the day. The bad was that wide receiver Mike Evans left practice early after suffering an injury. 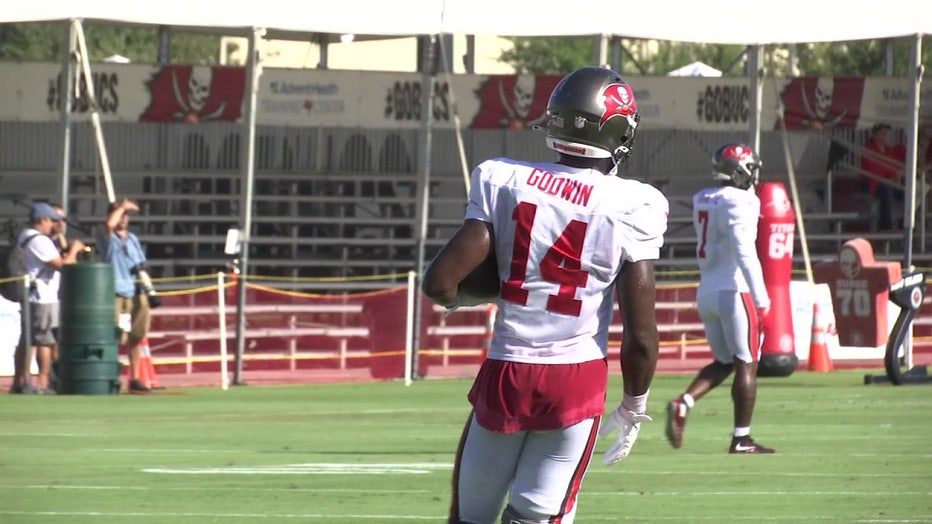 "I saw him walk in. He might have tweaked a hamstring," said Bowles.

Though hamstring injuries have plagued him throughout his career, this one is not expected to sideline Evans for long, if at all.

Meanwhile, another noticeable absence from camp today was Tom Brady.

Bowles says Brady was excused to take care of a personal matter.

"We'll let him do what he needs to do. If he's back tomorrow, that's great, but we'll keep in touch and monitor that," said Bowles.

The Bucs are scheduled to be back on the practice field Saturday and Sunday before taking an off day on Monday.