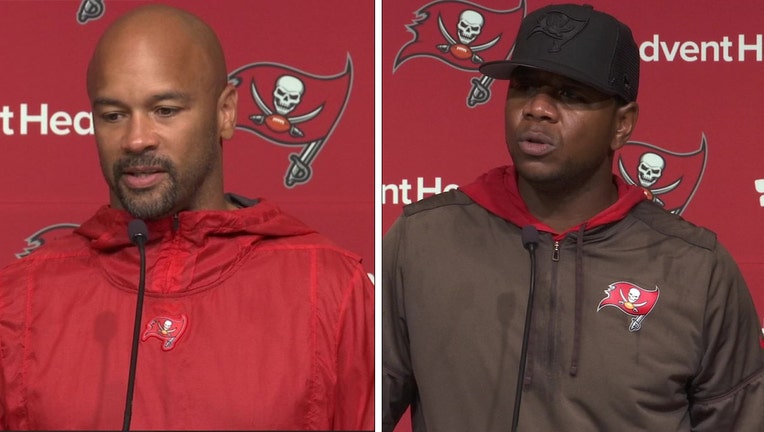 TAMPA, Fla. - The Pittsburgh Steelers and Tampa Bay Buccaneers share little to no history with just five meetings between the two franchises. But there will be more than just shared history between the two teams, but shared stories during their sixth meeting on Sunday.

"Everybody knows it's a top organization," says Bucs outside linebackers Coach Larry Foote.

Foote, after all, spent a combined 11 seasons playing for the Steelers while winning Super Bowls XL and XLIII. Sunday, Foote gets to return to the Steel City when the Bucs and Steelers kick off for their week six matchup.

"It's great going back home. But everybody is giving me [grief] telling me not to walk into the wrong locker room," joked Foote.

After transitioning into coaching, both Foote and Leftwich took the lessons learned from their time with the Steelers and especially kept the lessons they learned from Pittsburgh Head Coach Mike Tomlin.

"Mike T is a unique and special guy," said Leftwich. "That's all you can really say. I learned so much from him. I can't have more respect for the coach or a player or person. He's that unique."

But while this trip to Pittsburgh will have added meaning to Foote and Leftwich, it's still a business trip.

"You want to beat your buddy, your brother," admits Foote. "So it's added motivation for me, because I want to beat those guys."

Former Steelers on the Bucs staff especially want to beat their former coach.

"I've got to beat [Tomlin], because I know when we see each other we're going to talk a lot of trash," said Foote.