The 1994-95 players strike halted MLB’s season long before many current Major League Baseball players were born. But the current generation of baseball players could be mere weeks from experiencing a work stoppage first hand.

The websites of the MLB and its teams look a little more like ghost towns Thursday.

Once MLB’s collective bargaining agreement with the players’ union expired Wednesday night, the team owners locked out the players. On Thursday, photos of the players and stories about them were taken down from the league and team websites.

The rosters still feature the players’ names, but their photos have been replaced with a silhouette. In a statement, MLB said the websites will remain this way until a new CBA has been negotiated.

"As a result, you will see a lot more content that focuses on the game’s rich history," the statement said. "Once a new agreement is reached, the up-to-the minute news and analysis you have come to expect will continue as usual."

The CBA negotiation has resulted in the first labor stoppage in 26 years. The last time one occurred, the players went on strike during the 1994 season and canceled the World Series for the first time in 90 years. 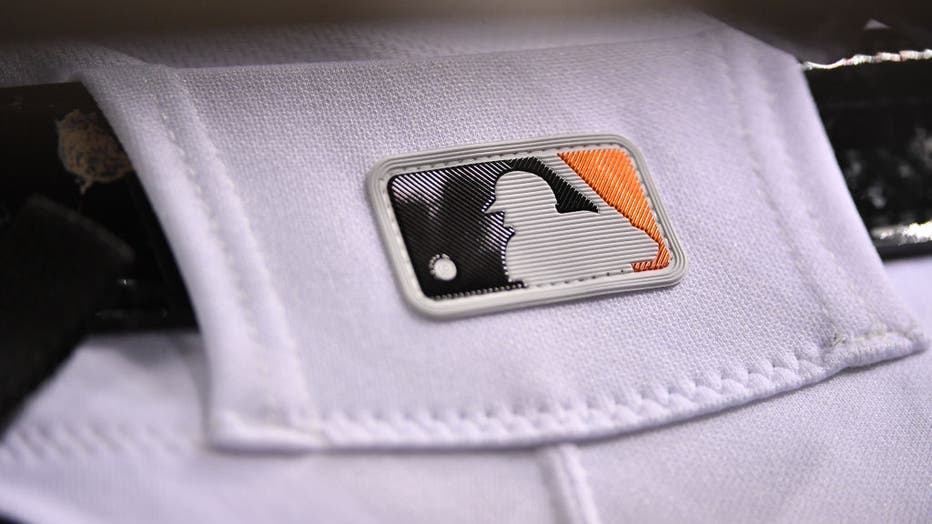 A detailed view of the MLB logo on the baseball pants of Starlin Castro of the Miami Marlins during the game against the Washington Nationals at Marlins Park on Sept. 18, 2018, in Miami, Florida. (Photo by Mark Brown/Getty Images)

Commissioner Rob Manfred released a statement Thursday saying the league had been forced to invoke a lockout, but the MLBPA called it "drastic and unnecessary."

"This drastic and unnecessary measure will not affect the Players’ resolve to reach a fair contract," Executive Director Tony Clark said. We remain committed to negotiating a new collective bargaining agreement that enhances competition, improves the product for our fans, and advances the rights and benefits of our membership."