TAMPA, Fla. - Tampa is getting its first view of Tom Brady's secret workouts -- and they include Rob Gronkowski.

Brady is trying to build some chemistry and learn the offense with some of his new Buccaneer teammates. SkyFOX caught Brady and his bunch, including Gronk, working out at Berkeley Prep Thursday morning around 8 a.m.

A player wearing a gray tank top looked every much like the Bucs' new tight end.

Bucs head coach Bruce Arians has commended Brady for being the pied-piper in organizing these workouts.

“I love it. It’s exactly what he is and who he is,” Arians said. “It’s a great interaction of those guys helping him learn what we do through the Zoom meetings and then taking it out on the field. It’s great team-building for what we can do at these times. I applaud him for starting it, and more and more guys are joining in.

FOX 13 Sports has learned from one of the players in the group that Brady wants to ramp up these workouts. They had been holding sessions twice a week. 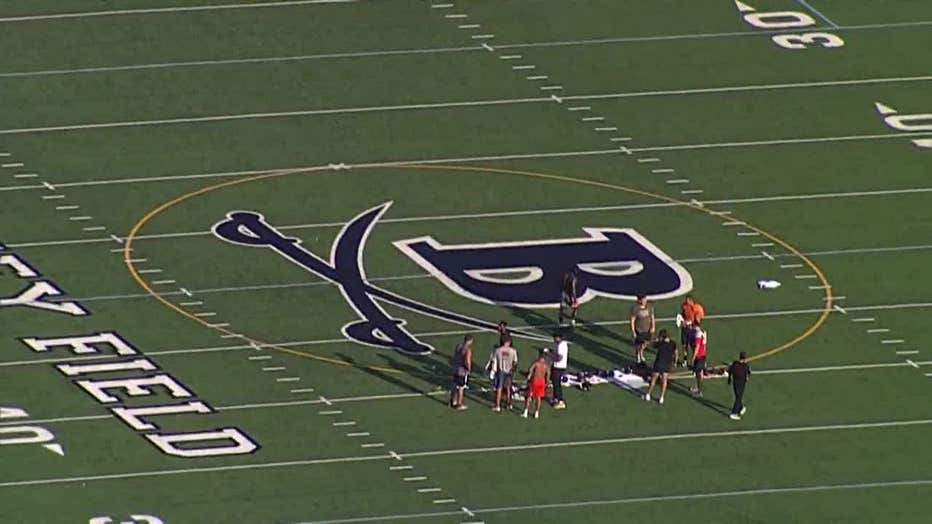