TAMPA, Fla. - First-year Head Coach J.B. Clarke has his University of Tampa Lacrosse program poised on the cusp of history. The Spartans enter the NCAA National Semifinals ranked No. 1 in the country, compiling a 19-0 record thus far.

Clarke led Limestone University of Gaffney, South Carolina to three national titles in his 11 years as the head coach. Now, the Spartans will host the head coach's old team in the Semifinals.

"My emotions are mixed," said Clarke. "I feel like a parent who has a kid on both teams. Obviously, my Tampa team is the team I’m rooting for in this case, but I still feel deeply about the young men we left behind in Gaffney [at Limestone]. They are having a great year, and I’m so proud of them."

The emphasis this week in practice is keep the focus on the task at hand.

"It’s one play at a time, all the clichés that you’re hearing from the Bolts and everybody else. If they weren’t true, they wouldn’t be cliches I suppose," Clarke said. 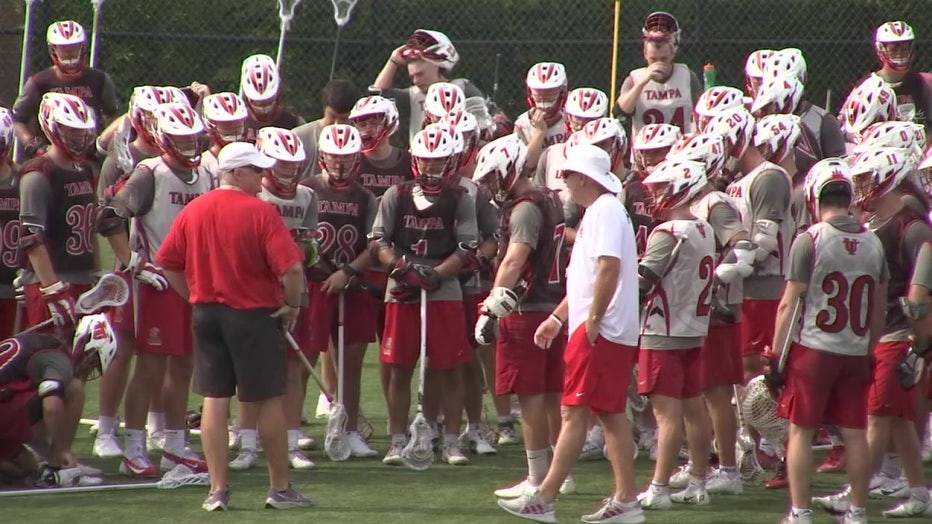 The Spartans' lacrosse team has grown closer with each win.

"We know that we have a guarantee of two or three more games together," said Spartans lacrosse player Colin White. "And then one game. Try not to take a day for granted, for sure."

There are 21 National Championship trophies in the Spartans' trophy case. They run the gambit from Baseball to Beach Volleyball. Clarke and his team won’t allow themselves to think about adding their first until this first bit of business on Sunday.

The University of Tampa Spartans and the Limestone University Saints face-off at 1 p.m. Sunday at the Naimoli Family Athletic complex.