WINTER HAVEN, Fla. - One of the best dart throwers in the world just happens to live in Winter Haven, Florida. His name is Danny Baggish, and darts came very naturally to him from a very young age.

Baggish has been a professional dart player for more than two decades, but the last two years have been particularly special.

Baggish participated in the World Championship of Darts in London last year, where he was eliminated in the second round. His second time around was a bit different, drawing a ‘Murderers Row’ of a bracket.

"I drew the number-one pro tour player, and I drew the two-time world champion in the second round," Baggish recalled. 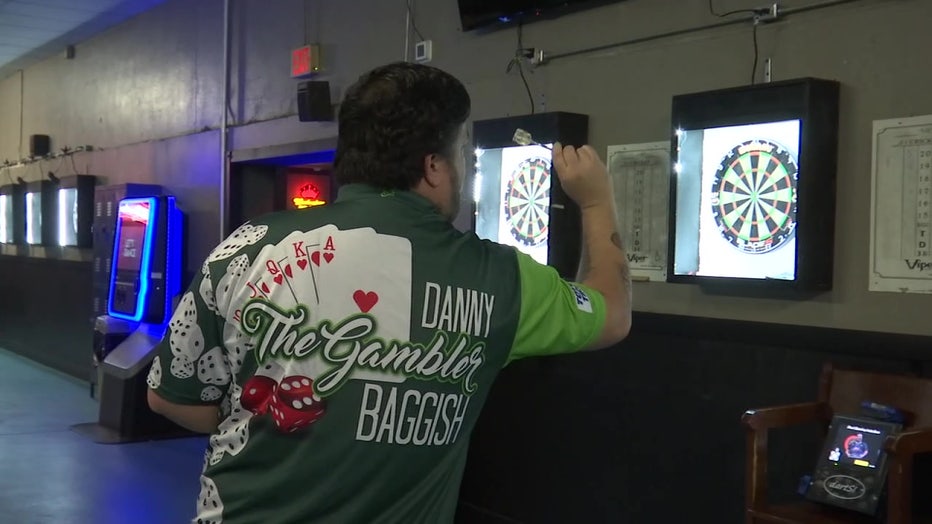 Unfazed, Baggish would pull off back-to-back upsets over these two dartboard giants. However, before the second round, he received word from back home that his brother Harrison had a stroke.

"I was kind of in shock, and it took me a while to gather myself," said Baggish, who is no stranger to family tragedy. "We've already lost our mom. I lost my dad. That's all I was thinking. 'No, please, not my brother too.'"

Throwing darts is leading to big money and a possible world championship for a Bay Area man.

Baggish considered dropping out of the tournament but knew his brother would never forgive him.

"He would have wanted me to stay," Baggish said of his brother, who is recovering. "He would have kicked me in the butt, like, 'Why'd you leave?'" 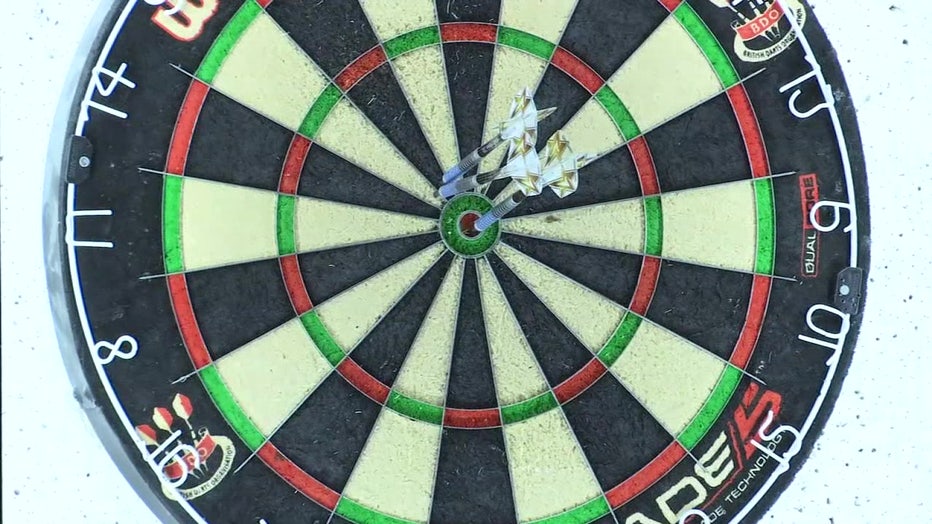 Baggish's decision to compete rewarded him with a trip to the third round, the furthest an American has advanced in the World Championship of Darts since 2011. His run would end, however, but not before almost pulling off a three-sets-to-none comeback in a best-of-seven match.

"I'll never give up, no matter how far I'm down," Baggish said. "I'm super proud of the achievement I did."