TAMPA, Fla. - Despite plenty of sunshine, Florida had a noticeable chill today. And forecasters say the coldest night so far this season is still ahead.

Tampa woke up to a low temperature of 40 this morning, and all of the ingredients are in place for a colder night tonight.

“We’re going to set the stage: We have clear skies, we have very cold and dry air in place,” FOX 13 meteorologist Jim Weber explained. “Once the sun goes down, it’s going to allow those temperatures to drop pretty quickly.”

All of Central Florida will drop into the 30s overnight, with Tampa expected to hit 35 just before sunrise Wednesday. Areas to the north will fall into the upper 20s.

The National Weather Service initially issued a freeze watch for much of the Bay Area, but by Tuesday afternoon, they canceled the watch for everyone south of Pasco County. A freeze warning remains in place, though, for most of Pasco, Hernando, Citrus, and Sumter counties. 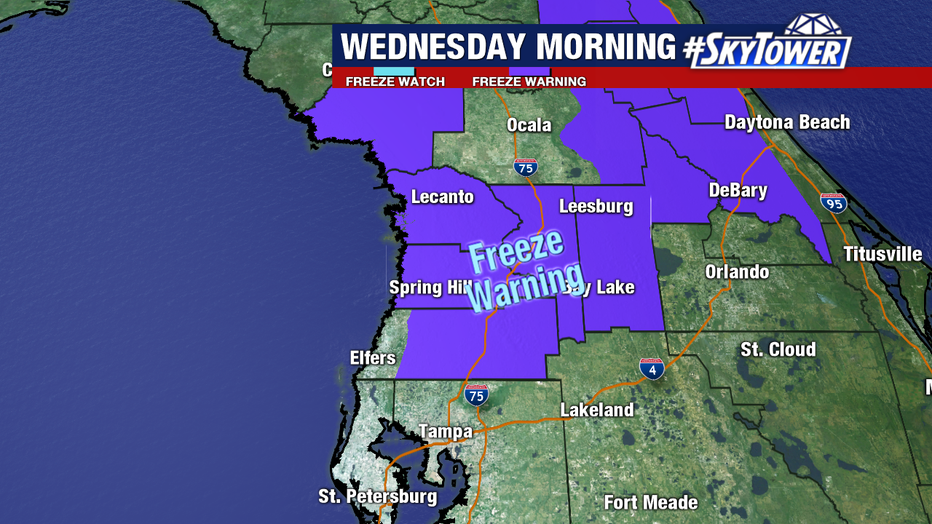 Tuesday night also will be a bit breezier than yesterday, which will make it feel even colder. The entire Bay Area is also under a wind chill advisory from 1 a.m. to 10 a.m., with expected feels-like temperatures between 20 and 30 degrees.

And it’s not just Central Florida. The wind chill advisory extends all the way south to Miami-Dade and the Keys – their first such advisory in seven years. The NWS office in Miami even warned that cold-shocked iguanas may fall out of the trees. 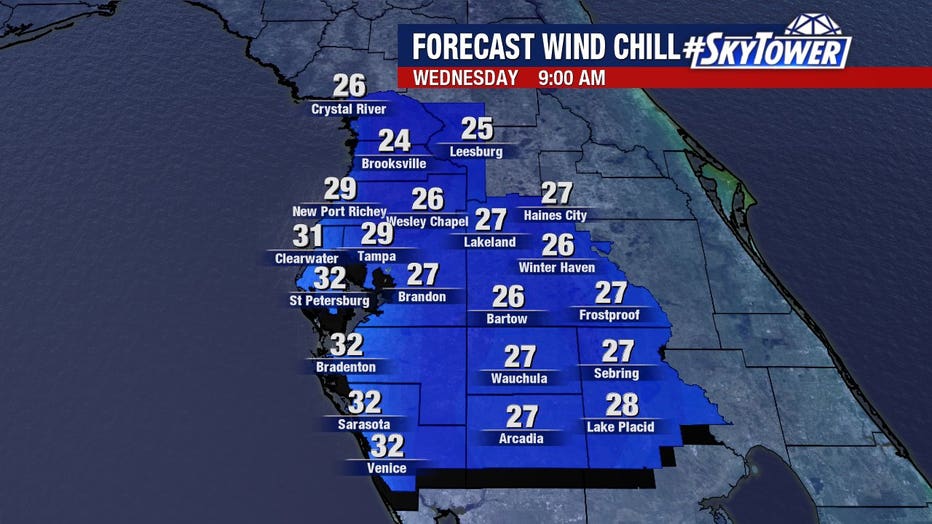 Meteorologists expect a slow warmup Thursday into Friday, with more moisture and clouds. The weather for Saturday’s Gasparilla parade will be mostly sunny but cool, especially as the sun gets low in the sky.