TAMPA, Fla. - Yet another cold front will move through Central Florida this evening, bringing a line of storms followed by cooler air. Unlike last week, though, the cooldown will last more than a day.

Rain was already moving inland across the northern Gulf Coast this afternoon. Those storms will slowly move south, arriving in the Bay Area later this evening.

“This is a case where, the further north you are, you’re going to get more rain,” FOX 13 meteorologist Dave Osterberg explained, adding that very little severe weather was expected. “But most areas should get a good soaking.” 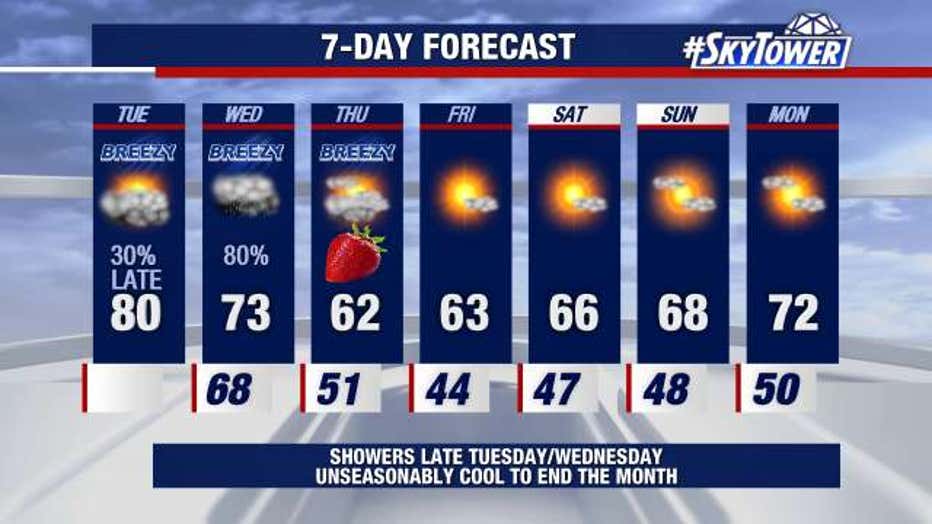 The cold front will usher in a long spell of below-normal temperatures.

“We may see a few days in a row where the highs don’t even reach 70 degrees,” Osterberg continued. “So for the cold weather lovers, it’s coming back.”

Waves of rain will continue through the day Wednesday as temperatures begin to drop.

“We get to late tomorrow, the winds are going to shift to more of a northwesterly direction, and that will allow the cool air to move in,” Osterberg added. “And once it gets here, it’s going to stick around.”

High temperatures will remain in the 60s through the weekend, with lows each night in the 40s.