TAMPA, Fla. - Nestor, now formally a post-tropical storm, is nearing the Florida Panhandle, but most of the lopsided system's wind and rain is focused on Central Florida. Cleanup continues after at least two tornados hit the Tampa Bay area late Friday night.

As of midday Saturday, Tropical Storm Nestor Nestor had become a post-tropical low pressure system 85 miles southwest of Apalachicola with winds of 50 mph. It was on track to close that gap and make landfall there later today. But the storm's rain is all east of that center of circulation, soaking most of Florida from the Keys to Jacksonville.

Parts of the Bay Area have already received an estimated 2 to 3 inches of rain by sunrise, with the highest amounts mostly along the coast. The heaviest rain has mostly moved through, but isolated storms will continue and localized flooding will be a threat, FOX 13 meteorologist Brittany Rainey warned. 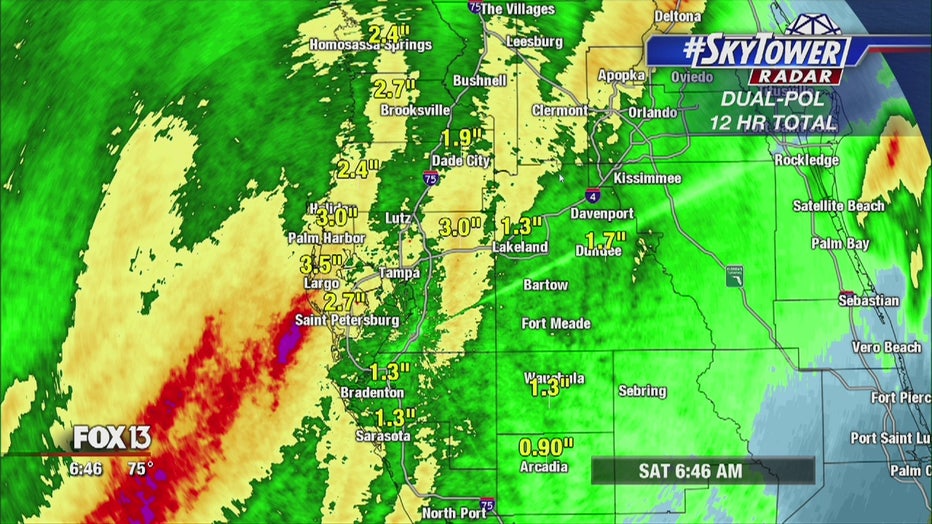 As Nestor's rain bands came ashore, they spun up tornados in several areas across the state.

The tornado warnings started Friday night. One home along Temple Terrace in Seminole lost its roof in an EF0 tornado, but no one was hurt.

"It's a small price to pay to live in paradise. I love it here. Just because a tornado hit my house doesn't mean I'm down on Florida. It's a fluke thing and we are OK," Melissa Dellapenna offered.

Further east, a longer-lived tornado spun through eastern Hillsborough County into Polk.County. Thousands of Polk residents are without power this morning and Kathleen MIddle School was damaged. Crews are back to assess the scene there. 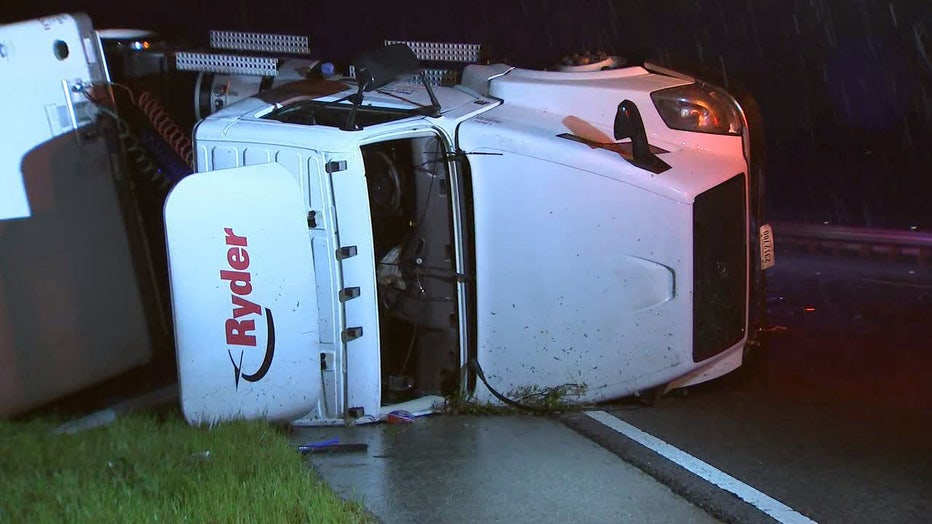 This truck was blown over by winds along the Polk Parkway late Friday.

Weather should begin to clear up late Saturday as Nestor pushes into Georgia and races off past the Carolinas.

FOX 13's Jennifer Holton checks in with a quick update on damage in the Kathleen area of Polk County after Friday night's tornado.