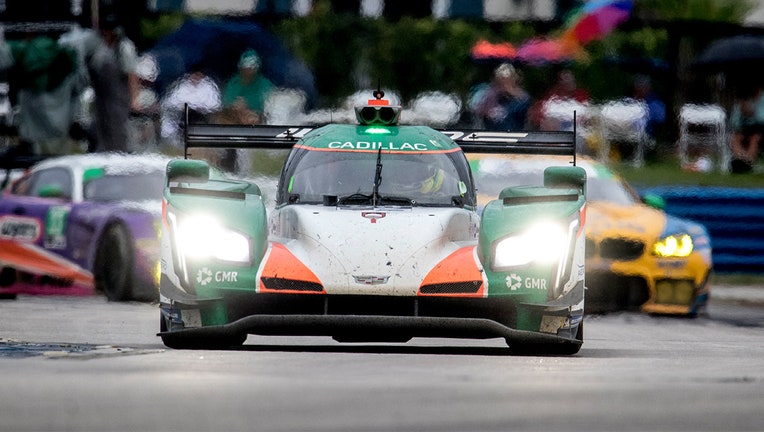 The #50 Cadillac DPi of Will Owen, Rene Binder, of Austria, and Agustin Canapino, of Argentina, races on the track during the 12 Hours of Sebring at Sebring International Raceway in Sebring, FL. (Brian Cleary/Getty Images)

SEBRING, Fla. - Race organizers announced the Sebring 1000 has been canceled, while the 12 Hours of Sebring has been postponed until November.

According to the World Endurance Championship, said its leaders made the decision after President Donald Trump announced a 30-day travel ban for flights from Europe due to the COVID-19 pandemic. Starting midnight Friday, most foreign nationals will not be allowed to travel from Europe to the U.S., the exception is for travelers from the United Kingdom.

“After a careful review of the situation, it has been determined that the WEC race will be cancelled,” according to a statement released Thursday morning. “Given the large number of drivers, team staff and officials who are still in Europe and who were scheduled to travel to the USA in the coming days, it would not be possible or appropriate to stage the race in their absence.”

“This decision was not made lightly. Our teams and officials place great value on racing at Sebring in front of its enthusiastic and knowledgeable fans,” Gerard Neveu, the CEO, said in a statement. “WEC remains committed at all times to the health and welfare of its teams, officials and race fans. Further, the quality of every aspect of a WEC race event is at the heart of everything that we do and will never be compromised.”

WEC cars and equipment are currently at the Sebring Raceway Paddock, and officials said they will work to ship them back to Europe.

Officials in Highlands County initially said Thursday morning that the annual "12 Hours of Sebring" was still scheduled. However, later in the day, the International Motor Sports Association announced it will be postponed to Nov. 11 to 14 "due to the recent United States ban on travel from Europe, which will prevent a number of drivers, teams and key personnel from participation."

The “1000 Miles of Sebring” was part of a double-header with “IMSA 12 Hours of Sebring” at the Sebring International Raceway from March 19- 21.

Elsewhere, city officials said on Wednesday the Firestone Grand Prix of St. Petersburg was still scheduled for this weekend. By Thursday morning, they announced they will cancel "general admission attendance" and the fate of the race will be determined by the afternoon.