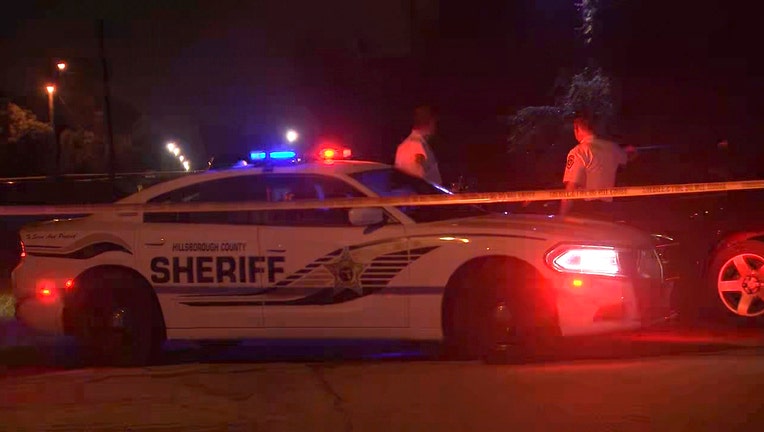 RIVERVIEW, Fla. - An overnight shooting along Tribute Drive in Riverview lead to the deaths of two people. Two others were injured, according to the sheriff’s office.

Around 10 p.m. Monday, Hillsborough County deputies said they responded to the area after receiving reports of a shooting. When they arrived, they found four people injured.

Officials said it appears two groups of people were shooting at each other. One group was inside a vehicle and others were on bicycles. Following the gunfire, investigators said the car sped off and crashed a few yards away.

A man and a juvenile male were shot in the upper body and both were taken to local hospitals where they passed away. The adult was inside the vehicle. The younger male was one of the individuals using a bicycle when the vehicle pulled up.

Deputies said a woman and juvenile female – who were also inside the vehicle when it crashed – were taken to St. Joseph’s Hospital South with minor injuries.

"We do not believe this was a random act," said Sheriff Chad Chronister. "Neighbors do not need to be concerned for their safety. All those involved in this incident are accounted for."