TAMPA, Fla. - Hillsborough County deputies are investigating after a man was found dead at the Willow Brooke Apartments in Tampa.

It happened around 10 p.m. on Friday.

According to the Hillsborough County Sheriff’s Office, deputies responding to a report of shots fired on the 14000 block of Hellenic Drive discovered the body of an adult male, who sustained upper body trauma, in one of the apartments.

This is the second homicide at the apartment complex in less than a week, though deputies do not believe they are connected.

On Wednesday, a resident of the Willow Brooke Apartments called 9-11 to report gunshots inside their unit. The caller said a man and a woman inside the residence were arguing shortly before gunfire erupted. Upon arrival, the Hillsborough County SWAT team found the body of a woman inside the apartment.

On Thursday, U.S. Marshals arrested Demontrey Jackson, 22, on charges of first-degree, premeditated murder in connection with the deceased woman. 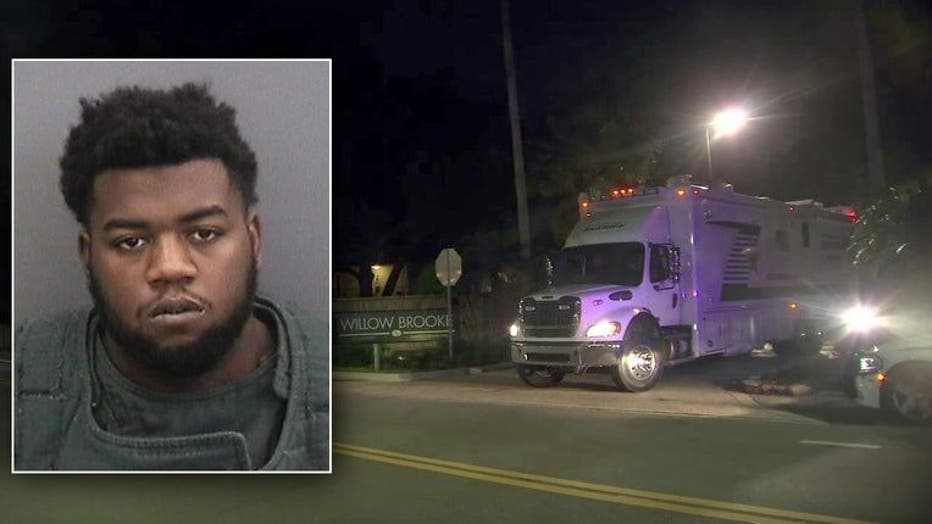 "Our detectives are working to identify those responsible for committing this terrible crime that reflects a complete disregard for human life," said Sheriff Chad Chronister. "Unrelated from each other, this is the second homicide this apartment community has faced in less than a week. We are urging anyone who knows something about this case to please come forward and help us find these criminals. At this time we do not believe this was a random act and the victim appears to have been targeted."

Anyone with information is asked to contact the Hillsborough County Sheriff's Office at (813) 247-8200.