3 residents of The Villages arrested for casting multiple votes in 2020 election, police say

Three voters from a Florida retirement community have been arrested on charges of voting more than once in the 2020 election.

THE VILLAGES, Fla. - Three voters from a Florida retirement community that is a GOP stronghold have been arrested on charges of voting more than once.

The arrests come weeks after Republican Florida Gov. Ron DeSantis pledged to create a law enforcement agency to investigate election crimes, despite there being little evidence of electoral malfeasance in the Sunshine State.

The three voters — all residents of The Villages area — were arrested over the past two weeks. They were each charged with casting more than one ballot in the 2020 election after complaints were filed by the Sumter County Supervisor of Elections.

Jay Ketcik 63, was arrested last week on a charge of third-degree felony fraud. He entered a not guilty plea, and court records show he intends to "attack the sufficiency of the charge."

Joan Halstead, 71, was arrested two weeks ago for voting in person in Florida and by absentee ballot in New York during the 2020 election, according to an arrest report. She has entered a not guilty plea and also said in court papers she intends to attack "the sufficiency" of the charge. 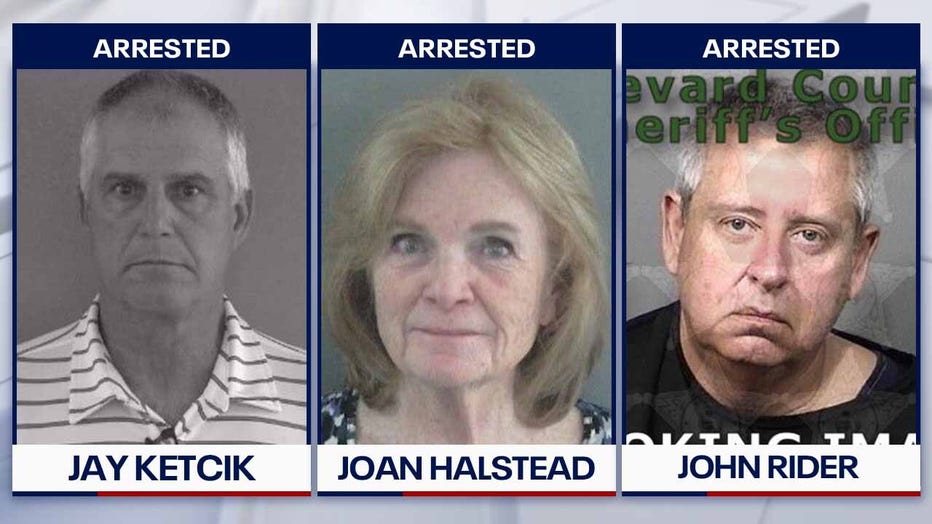 John Rider, 61, was arrested at the beginning of the month on a similar charge. An arrest report did not say why he was facing the charge. There was no online docket in Sumter County yet for Rider, who was arrested in Brevard County, so it was not known if he had an attorney. No phone number was listed on an arrest report.

Online records show Ketcik and Halstead are registered Republicans, while Rider has no party affiliation.

The arrests come weeks after DeSantis proposed new restrictions on ballot drop boxes, creating the election police force and changes that would strengthen penalties for ballot harvesting. During his announcement, DeSantis, echoed many talking points on voting problems that have gained traction in the GOP following former President Donald Trump’s false claims that his reelection was stolen from him. DeSantis is up for reelection next year and is eyeing a 2024 presidential run.

The governor had previously praised the 2020 election in Florida as smooth, and there was widespread consensus among election officials and experts that there was no fraud that could have affected results in the last presidential election.

An Associated Press review of every potential case of voter fraud in the six battleground states disputed by Trump has found fewer than 475 — a number that would have made no difference in the 2020 presidential election.