BARTOW, Fla. - We all have personal things that we keep to ourselves and a Bartow man had an impressive secret.

Generations of students knew J.J. Corbett as a math teacher who taught at Union Academy and Bartow Senior high for decades, 30 years to be exact.

They also knew that he was a winning cross-country and football coach, and member of the Polk County School Board for 12 years.

But there was something that few people knew about Corbett, including his son.

Jerome Corbett was forty years old before he figured out that his dad was one of the famous smokejumpers, a member of the Triple Nickels in World War II. 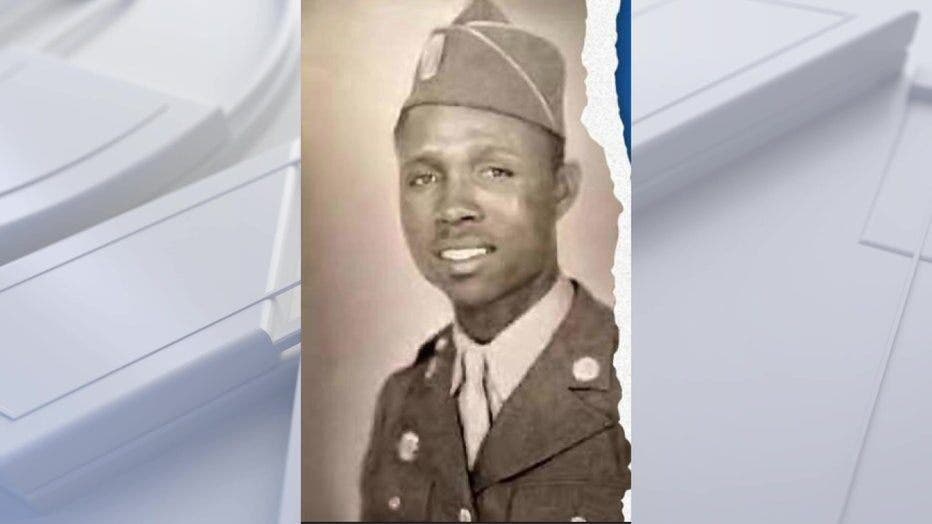 Smokejumpers are wild land firefighters. They fly to fires and parachute as closely as they can to a fire.

Jerome finally put two and two together after he read an article about the smokejumpers, and asked his dad if he was one of them.

"First I wanted to use some explicatory language, but the explicatives were overtaken by pride, my pride that he kept that mission true to its original secrecy," Jerome told FOX 13.

Smoke jumpers were a Black paratrooper unit sent on a secret mission to intercept balloons sent by the Japanese to set fires out West.

At that time, African Americans were prohibited from fighting overseas because of their skin color.

"We were disappointed that’s what we had to do," the elder Corbett said.

But they did, and the rest as they say is history.

But that history has only come to light in recent times.

Deborah Brister, who was a student at the same school where Corbett taught, said no one knew what he had done for our country.

Now that the secret is out, the accolades are coming in.

The media center at Union Academy was just named in his honor. Brister has produced a documentary about him. National shows have highlighted his service.

He says a lot has changed since his days in the Army.

"There is still the attitude out there with some people, that we are all not equal," Corbett senior said. "I pray and hope one day that will not be around."