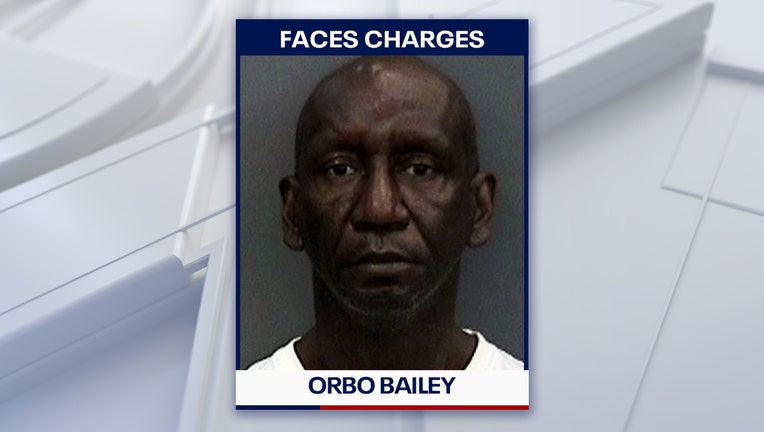 WESTCHASE, Fla. - An arrest has been made in the April death of a Hillsborough County man, deputies say.

On April 23, deputies said they were called to the 9900 block of Sheldon Road in Westchase for reports of a death. Deputies said the deceased suffered upper body trauma.

Investigators released video of a person of interest, a Black man in his 50s who frequented the area of Nebraska Avenue and Crawford Street.

More than a month later, they have announced the arrest of Orbo Bailey, who faces charges of first-degree murder while engaged in robbery and robbery.