Challenges are mounting as rescuers shift through the rubble with Hurricane Elsa approaching. A rescue specialist said they have a new perimeter to search now, and they’re not giving up hope for survivors.

"We’re constantly hopeful. That’s one of our main missions is rescue. We’re still looking forward to making that save, but we are providing some closure to some of the families," said Steven Lawrence, a search and rescue specialist with Florida Task Force 3 from St. Pete Fire Rescue.

Rescue crews are balancing their safety and that of any survivors.

"We’re always concerned because there’s parts of the building that are still standing, and we’re digging through debris that has already collapsed," said Lawrence. 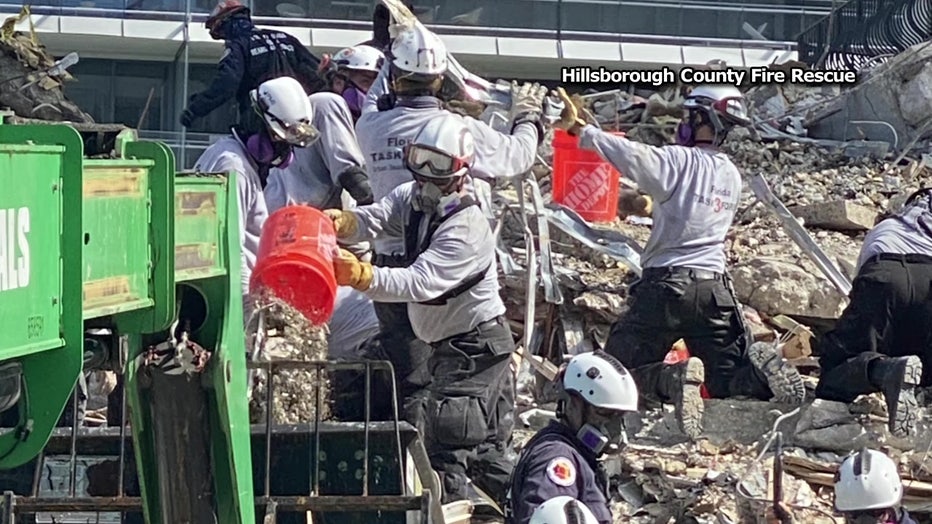 "All these pieces that are stacked on each other can shift and people who are surviving in those tight pockets can be exposed to danger," said Dr. Necati Catbas, a civil engineering professor at the University of Central Florida.

Another danger is severe weather, and crews already dealt with rain this week. 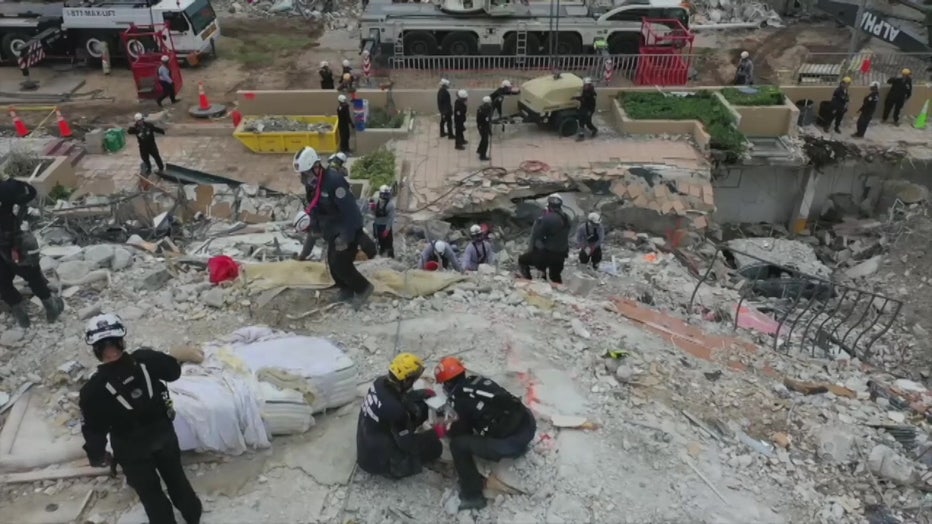 "If you have winds, they might push these elements to a different configuration. So that’s definitely a possibility," said Catbas.

Hurricane Elsa complicates the situation even more, so rescuers said they’re getting ready.

Lawrence said there are a lot of moving parts to the operation, and they are working out what teams to send back home and who else to bring in to help.