TAMPA, Fla. - Shanya Turner spent the majority of her morning waiting for water at Tampa’s MacFarlane Park. She was one of many taking advantage of the free case of water the city was offering every household Tuesday morning, as a water main break continued to plague the city’s water supply.

“I don’t want anyone to have to go without water, I mean that’s literally terrible,” Turner said. “It’s the one thing we need.”

Betty McClendon, who lives downtown with her daughter, who is disabled, says the case will help, even with boiling water. 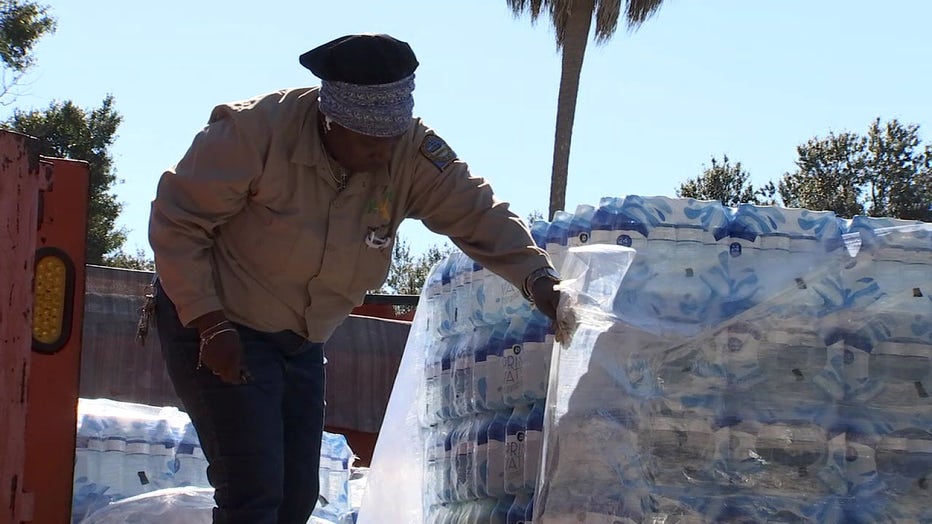 “I can, but for drinking, I prefer to drink bottled water, which I buy as-is, but now that I know I need more water because I’m going to run out,” McClendon said.

It’s also a concern for businesses and restaurants.

Gas stations like Wawa had to close Monday after the water main break. For now, they’re using temporary water tankers to safely continue to serve customers with no impact on food and beverage service.

City officials say the expect to have the repairs finished sometime today, but, for now, all Tampa city residents and those living in certain areas of Hillsborough County are under the boil-water notice.

The park said it’s using “safe alternative water resources, including well water, for all of our animal habitats at this time.”

As for Turner, her alternative water resource was the tap – she says if she can’t get bottled, she’ll take boiled.

“I usually drink the tap through a Brita filter, and I’ve got what’s left in my water bottle and everything else is contaminated,” Turner said. “So I guess I’m going to be boiling some water.”

Restaurants are temporarily adapting, too. A representative from Columbia restaurant said they’re boiling all water used in their food preparation and serving bottled water and canned drinks, but no espresso at this time.

The free water will be available Wednesday, pending supplies, at the following locations: