TAMPA, Fla. - It is National Coral Awareness Week, and researchers right here in the Bay Area are working to save the third-largest barrier reef in the world.

Scientists at The Florida Aquarium’s Center for Conservation are doing critical work, with a mission to restore coral reefs.

Inside a trio of coral greenhouses, and specialty labs at the Apollo Beach campus, baby corals are cared for, and adult corals bred.

"We've been able to successfully hold them, keep them happy, and actually reproduce them to be able to create new genotypes to put out onto the reef tract," explained Rachel Serafin, the senior coral biologist.

The Florida Reef Tract has been devastated by Stony Coral Tissue Loss Disease. Many of the 17-species at the center were rescued from the wild for protection. Researchers have successfully spawned 10 of those, working to give the threatened organisms more genetic diversity and a better chance to survive. 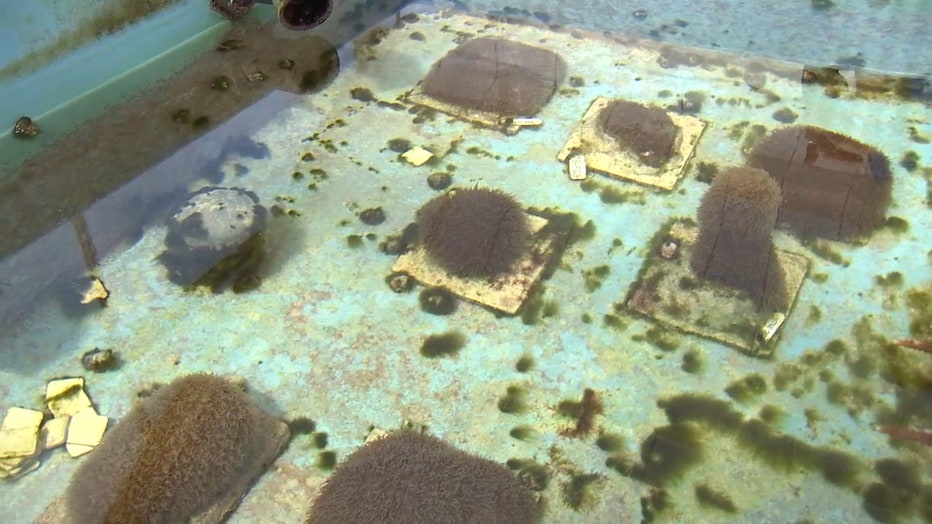 The conservation work has been happening at the campus since 2015 and there have been some incredible breakthroughs.

In 2019, they were the first to successfully spawn critically endangered pillar coral in a lab.

"So to have that success and to then be able to raise those individual babies was a really big deal," said Serafin. 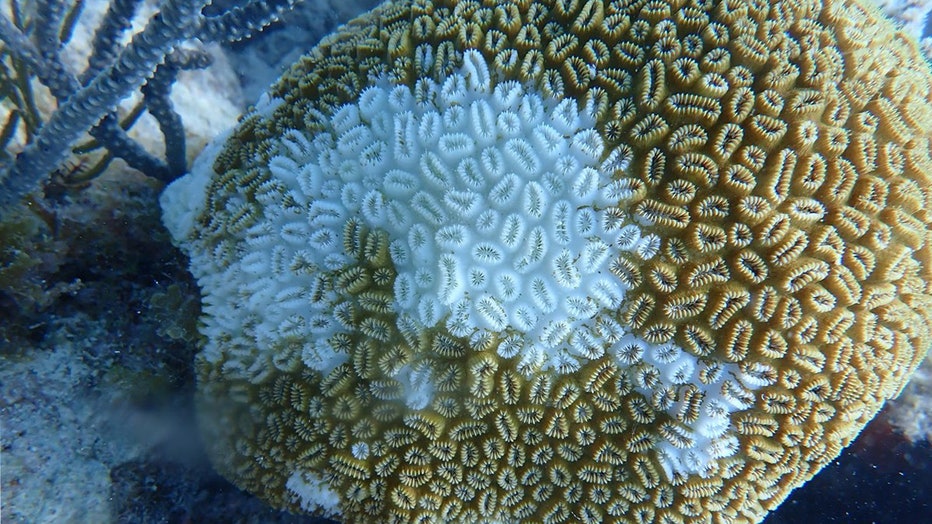 Scientists have also had great success reproducing staghorn coral, one of Florida’s most iconic species.

"So to see that full circle of them actually becoming a functional adult and able to now contribute back to their species is a big deal for us," Serafin said.

Those efforts result in hundreds of golden brown coral babies attached to tiles in shallow tanks.

"And our hope is that the next generation of corals can adapt and thrive and hopefully create a new coral structure that is needed in the Florida Reef Tract," said Serafin.