SARASOTA, Fla. - A grassroots effort to restore a precious Tampa Bay area waterway is gaining traction, but the fix is highly controversial. It involves messing with mother nature – something that's rarely done.

Midnight Pass is the slim area of beach on the barrier island between Siesta Key and Venice, and named for nearby Midnight Pass Road. It used to have about a 100-yard opening allowing fresh gulf water to flow in and out of Little Sarasota Bay behind it.

In 1983 several homeowners adjacent to the Pass convinced the county and state to close the pass by filling it in with sand, citing ongoing erosion. But since then, many said the 14-mile stretch of Bay behind it has degraded significantly.

"I wouldn't let my dog swim in this water," said Scott Lewis, who lives nearby. 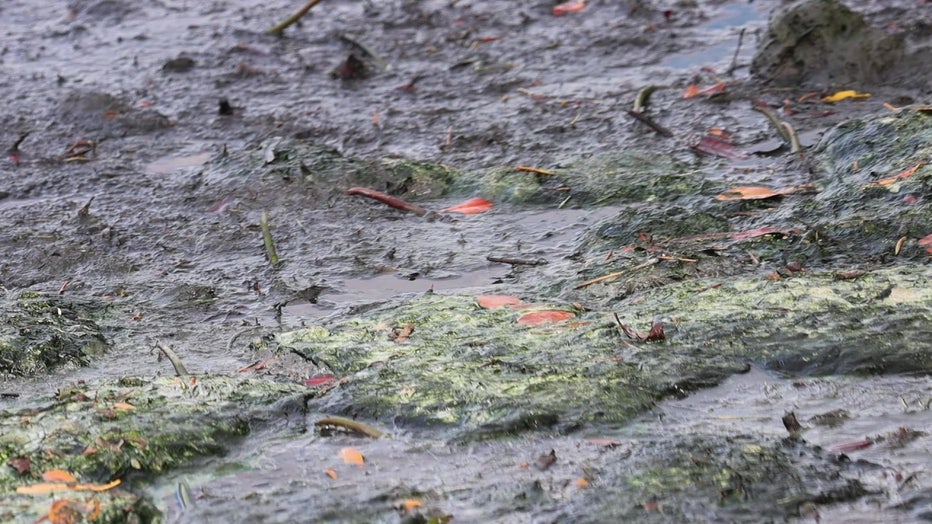 Brian Martel, who has been in the area his entire life, said his father ran Martel's Fish Camp on Little Sarasota Bay. Martel has been a charter fisherman ever since and said he won't waste his time behind Midnight Pass, because he's seen the fishery disappear in the last 30 years.

"It's a big change ever since the Pass closed," Martel said. "We used to have trout, flounder, sheepshead, snook. Now, we barely see any catfish or mullet."

READ: Mote Marine's shark tank diver had love for aquariums while growing up: 'I’ve always been amazed by sharks'

The problem, he and Lewis said, is simple: Closing off the Pass eliminated a path of water flow critical for marine life.

"We've got Blackburn Point to the south and Stickney Point to the north. And unless you have a pinching area here in the middle [where it used to be], this water doesn't move. It just stagnates," said Martel. 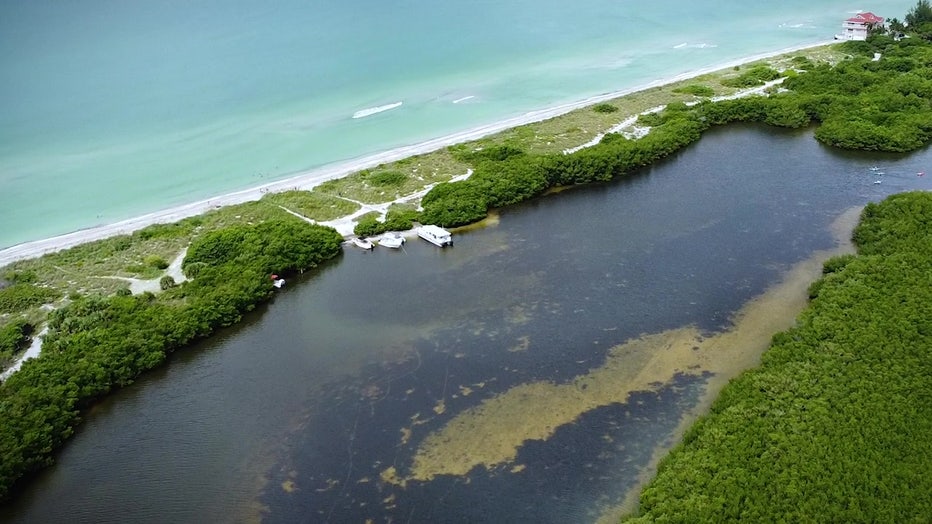 And Lewis said when the state closed off the Pass in 1983, they did no studies or engineering to determine how closing it might affect water quality. Lewis now runs the non-profit group "Midnight Pass Society" and the website Restore Midnight Pass, spearheading an effort to have local and state lawmakers reexamine the Pass and consider reopening it.

He said the dark, shallow and muddy water behind the pass isn't seagrass, but dead organic matter. As a result, you rarely see dolphins or manatees.

"They may pass through, but they don't hang out," Lewis said. "There's nothing to eat."

Lewis, Martel and others said reopening the Pass where it was closed in 1983 would flush millions of gallons of fresh Gulf water a day into the bay behind it and reinvigorate the marine environment. Mother Nature appears to have done just that in St. Pete.

When sand drifts closed off the northern tip of Shell Key off Tierra Verde years ago, it choked off the estuary behind it. Then in 2017, Hurricane Irma's powerful wind and waves cut a hole right in the middle of the island.

Overnight, millions of gallons of gulf water flushed in and out, instantly improving the water quality behind it. Marine life and birds swooped in that hadn't been seen there in years. 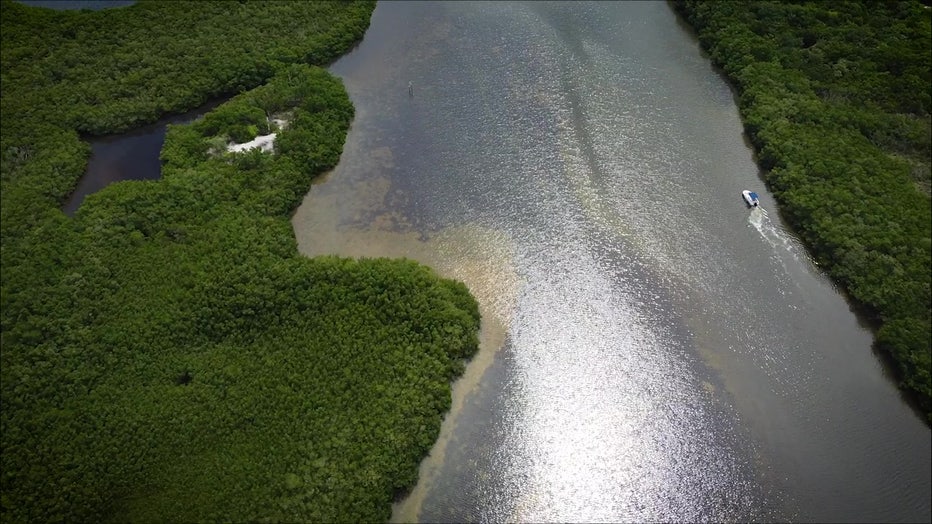 Reshaping barrier islands is rarely done. Environmental engineers said there are many concerns from erosion to the new sand it will bring in to the Pass as well. So dredging must be done to account for that which will be expensive if not harmful to some existing marine life.

The state of Florida had concerns in 2005 and 2008 about harming the beach's turtle nesting habitat nearby. We found documents showing the Florida Fish and Wildlife Conservation Commission argued against reopening it then, feeling opening the Pass would actually "degrade the estuarine habitat," rather than improve it.

State Senator Joe Gruters, though, said attitudes appear to be changing given the poor condition of Little Sarasota Bay.

PREVIOUS: Most plastic recycling ends up in the trash, Greenpeace report finds

"It's time to bring this back to its natural habitat and have life continue here," he said.

Sen. Gruters said restoring Midnight Pass is the number one issue he's been fielding calls and complaints about lately.

He says he'll also lobby the state to pay for it if it's approved. The Sarasota County Commission must take the first step by submitting a permit request to the State Department of Environmental Protection, and they just recently voted to explore the possibility. 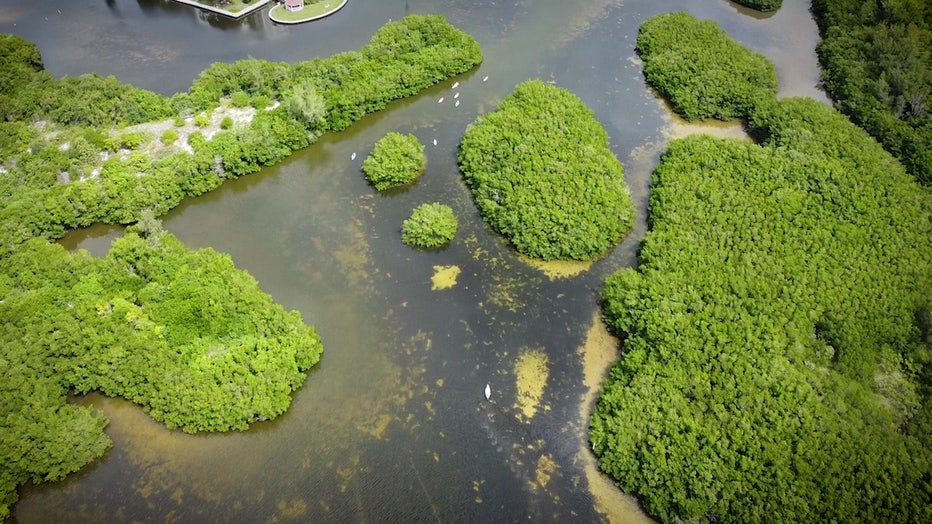 That would be welcome news to those who once saw this area as paradise and yearn for it's return.

The Restore Midnight Pass group will be holding an informative meeting next weekend and the public is welcome to attend. You can learn more by visiting www.restoremidnightpass.org.