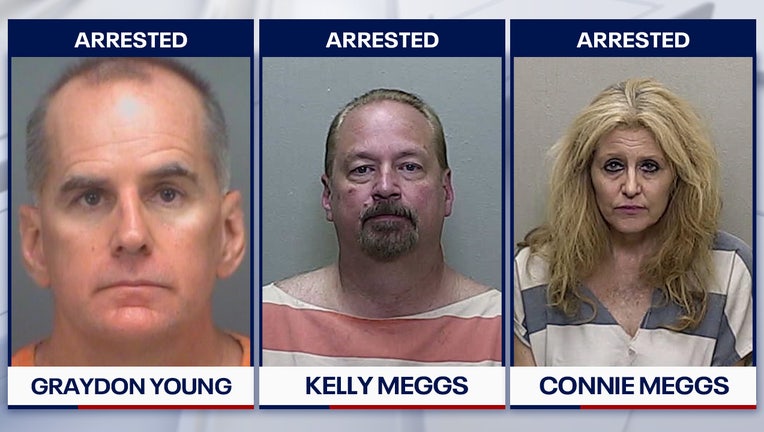 The legal journey for those who were involved in the Capitol riot is far from over. On Monday, three local suspects in Florida will be going before a federal judge to answer for the alleged role they played in that January 6 attack.

Graydon Young, 54, of Englewood will appear in front of the federal court in Tampa. Young was arrested this past week after being charged by a D.C. court for conspiring to obstruct the certification process of the 2020 presidential election results.

However, he’s not alone. Kelly Meggs, 52, and Connie Meggs, 59, of Dunnellon will also appear before a judge Monday in Ocala.

Federal investigators said the Meggs, along with Young, are part of a far-right militia group known as the Oath Keepers. According to the indictment, Kelly Meggs is the self-proclaimed leader of the group.

Allegedly, he put out a call to action through a Facebook message in December, starting the plan in motion for how he, along with eight others in the group, would be a part of the January 6 riot.

The indictment also alleges that Young arranged for the individuals to work with a company that specializes in firearm and combat training.

After the attack, Young and another suspect are accused of going back and trying to erase evidence by deleting Facebook posts and messages.

The group faces several charges including conspiracy and destruction of federal property.

All three Florida suspects will appear before local courts in Florida on Monday. They have already been indicted by a federal grand jury.