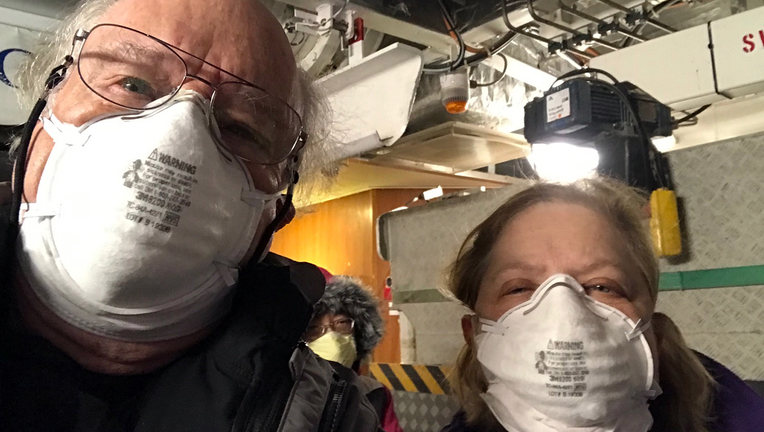 The Courters aboard the flight out of Japan. (Phil Courter photo)

TAMPA, Fla. - Calling it, “a new day,” Crystal River couple Gay and Phil Courter arrived back in the United States early Monday morning, two weeks after their quarantine began aboard their cruise ship in Japan, and still showing no signs of the virus themselves.

The Courters were among hundreds of passengers aboard the coronavirus-stricken cruise ship quarantined while the virus spread.

“Everyone on the flight was aware that anyone could be infected and not know it,” said Phil. “We all did what we could do to protect each other. We wore masks, we used sanitizer, and when we slept, we turned our heads to our partners instead of our neighbors.”

In a phone interview with FOX 13 News, Blake Courter, Phil and Gay’s son, explained what the 12-hour flight was like. 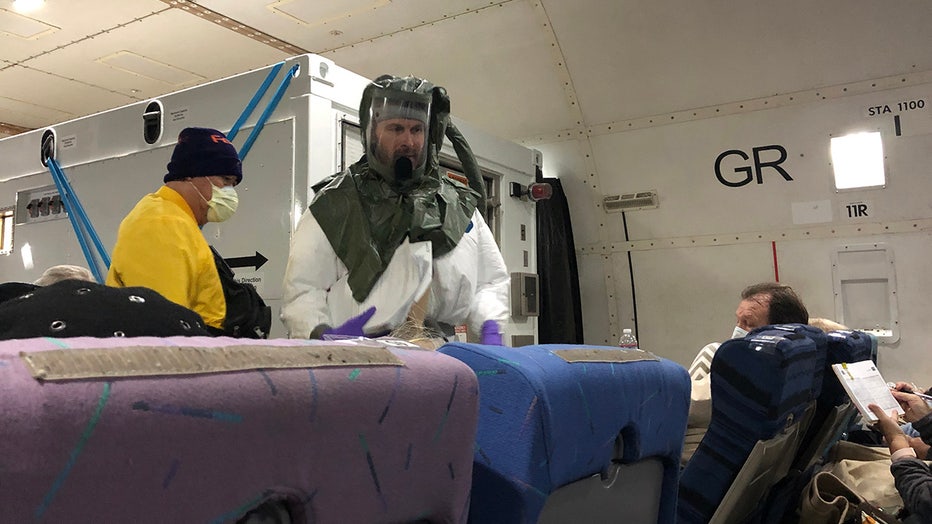 Aboard the flight out. (Phil Courter photo)

The couple landed at Kelly Field in San Antonio after a direct flight from Tokyo International airport just before 4 a.m. CST Monday. From there, they will begin another 14-day quarantine at Lackland Air Force Base, where they will receive routine temperature checks and screenings.

“We are happy and grateful to be back in the land of the free and the home of the brave,” said Gay. “Although we wish we could be home with our friends and family, we understand that we may have been infected.” 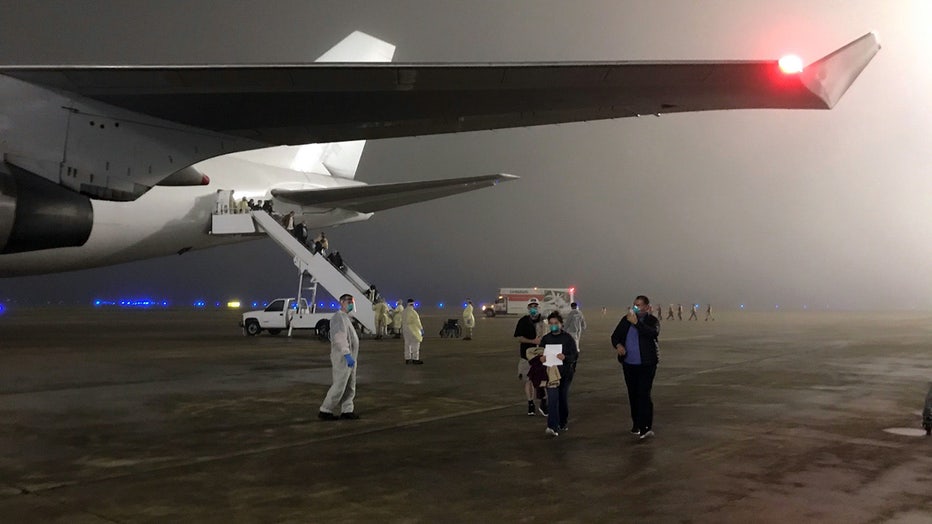 The couple's latest test shows they have not been infected, Gay said. She and her husband feel healthy, describing their new facility to be similar to a motel, with rooms in pairs that share a bathroom.

Their new change of scenery comes as American officials learned evacuees were infected shortly before boarding the chartered flight. U.S. officials initially said that they would not allow infected people to board the evacuation flights, but they appeared to reverse that decision early Monday.

The infected passengers, who officials said were asymptomatic and “fit to fly,” were moved into a specialized containment area on the evacuation aircraft, where they were to be isolated and monitored. 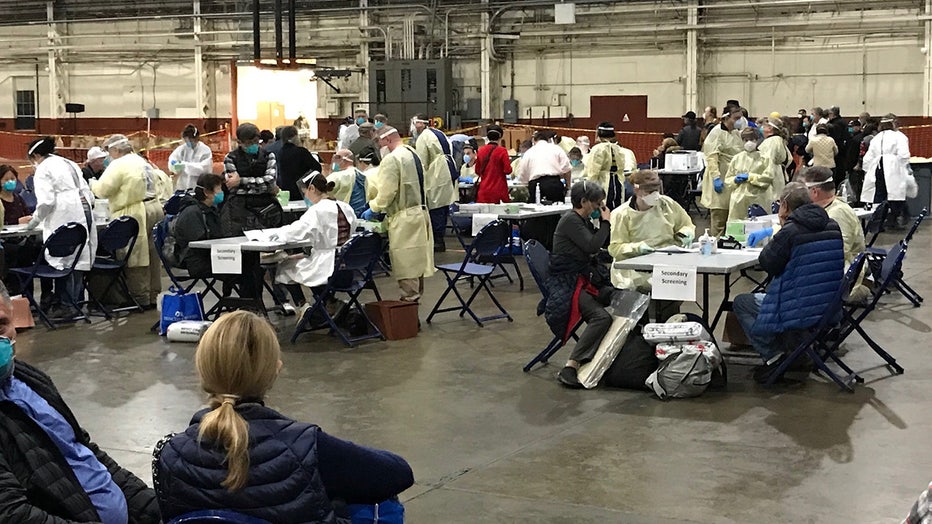 "All the meals were self-serve in the back, the lavatories were bolted in, there was a biohazard lab that was basically a shipping container bolted in, and seats haphazardly bolted around. There was a divider, basically a plastic sheet that would separate the infected from the non-infected."

The additional 14 cases brings the confirmed coronavirus cases in the United States to 29.