TAMPA, Fla. - Hillsborough County officials have issued a boil-water notice after a water main burst in the area of Westchase and Citrus Park.

The view from SkyFOX showed a work crew at a construction site with water bubbling up from the broken pipe near the intersection of Citrus Park Drive and Sheldon Road. 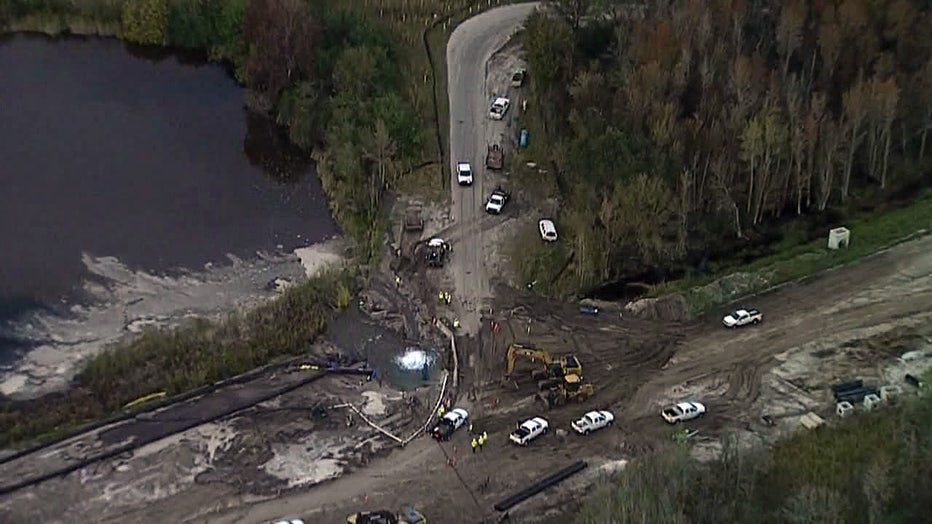 Water service has been restored; however, customers in the impacted area are advised to boil water as a precautionary measure until a rescission notice is issued.

The boundary of the impacted area is west of Veterans Expressway to Ehrlich Road and west of Gunn Highway to Racetrack Road all the way to the Pinellas County line.

Water for drinking, cooking, making ice, or brushing teeth should go through one of these precautions to disinfect tap water to kill any bacteria or viruses that may have entered the water.

You also can buy commercial bottled water for drinking and cooking.

Last week, a work crew in Tampa struck a water main outside the city's primary treatment plant, resulting in a days-long boil water notice for thousands of customers.

The Hillsborough County Health Department said a precautionary boil water notice is required after pressure in the lines drops below a certain level.

"Although it is unlikely there is any contamination in the system, the notice means customers are advised, as a precautionary measure, that all water used for drinking, cooking, making ice, brushing teeth, or washing dishes be boiled," the county said.