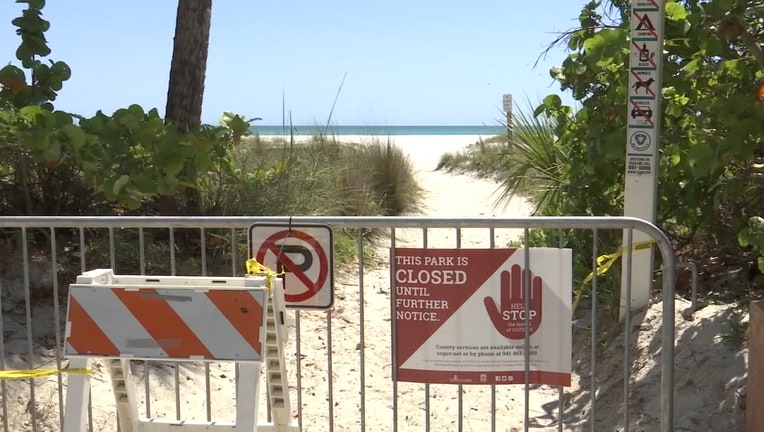 TALLAHASSEE, Fla. - Raising questions about whether the case was “frivolous” or filed in “bad faith,” an appeals court Friday rejected a Northwest Florida attorney’s lawsuit that sought to force Gov. Ron DeSantis to close beaches statewide to try to prevent the spread of COVID-19.

Santa Rosa Beach attorney Daniel Uhlfelder, who has drawn national media attention during the pandemic because of public appearances dressed as the grim reaper, took the beach-closure case to the 1st District Court of Appeal after a Leon County circuit judge ruled against him.

But in a sharply worded one-page order Friday, a three-judge panel rejected the case, saying the appeals court has “reviewed the briefs and other filings in this case and finds that the appellant (Uhlfelder) fails to demonstrate even an arguable legal basis for reversal.”

“Moreover, the appellant shall show cause within fifteen days why this court should not impose sanctions, including attorney fees and costs, on him and counsel for filing this appeal, the initial brief, and the request for oral argument, which appear to be frivolous and/or filed in bad faith,” said the order by Judges Brad Thomas, Susan Kelsey and Adam Tanenbaum.

Uhlfelder filed the lawsuit against DeSantis in late March, arguing that the governor should be required to close beaches statewide and issue a strong “safer at home” order to prevent spread of the virus.

He acknowledged that Friday’s order was “unusual” and said he would respond to the appeals court within the allotted time frame.

“I don’t think it’s frivolous or in bad faith,” he told The News Service of Florida in a phone interview Friday evening.

Uhlfelder said he filed the lawsuit “because the governor abrogated his constitutional authority and he has endangered lives.” And since the appeal was filed, the situation with COVID-19 in Florida has “gotten even worse,” Uhlfelder said. 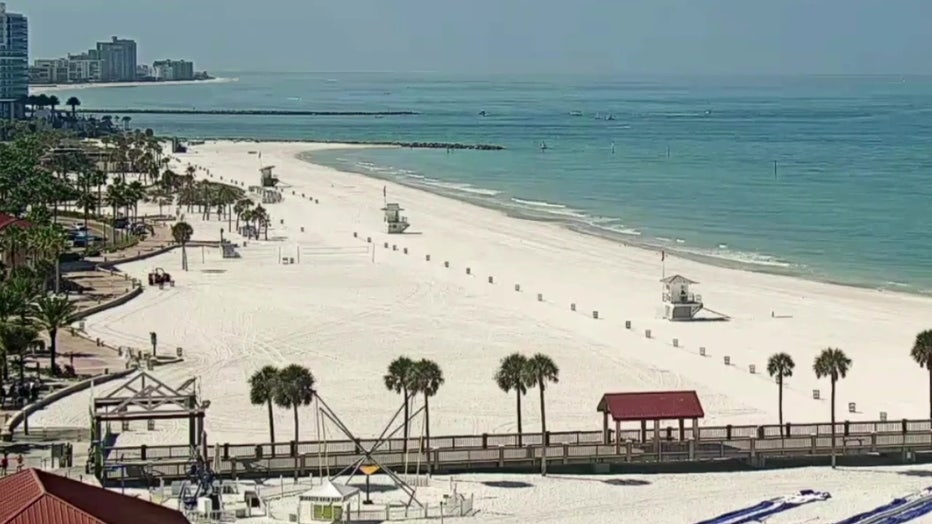 “I believe that what I’m being asked to do is substitute my judgment for that of the governor on how to respond to this COVID crisis, which has been somewhat of a moving target,” Carroll said during a telephone hearing at the time. “There are 599 circuit judges in Florida at last count, and I don’t think we need to have 599 governors-in-waiting.”

During the April hearing, however, the judge thanked Uhlfelder for filing the lawsuit and encouraged him to pursue an appeal, “because I do think this is a matter of importance.”

“If the 1st District (Court of Appeal) tells me that I’m wrong and I do have the authority, then I’m glad to address it and go from there. But I do not believe that I have the power to do what you’re asking me to do, and I’m sorry to tell you that the answer is no,” the judge said.

In a July brief at the Tallahassee-based appeals court, Uhlfelder disputed that the separation of powers should lead to dismissal of the case.

“In fact, the separation of powers mandates judicial intervention to protect the health and welfare of Florida’s citizens from DeSantis’ constitutional abdication of his sworn duties,” lawyers for Uhlfelder wrote in the brief. “The preservation of Floridians’ lives is dependent on the judiciary protecting them, because it is clear DeSantis has no interest in protecting their lives during this deadly global pandemic where Florida has now quickly become the epicenter.”

Attorneys for DeSantis, however, urged the court to back Carroll’s ruling.

“Because Florida’s structure of government recognizes and establishes a clear separation of powers among three branches of government, and because the authorities appellant claims command the governor to act are purely discretionary, the question appellant poses is beyond the authority of … courts to decide,” DeSantis’ attorneys wrote in a brief. “Put simply, the judiciary is not the appropriate branch to seek the public policy change appellant demands --- it is either the Legislature (to change the laws) or the executive (to execute them in a specific manner).”

But Uhlfelder noted Friday that Carroll urged him to file an appeal and said “reputable” attorneys had joined the lawsuit.

“I’ve been practicing law a long time and I’ve been around lawyers a long time. I don’t file frivolous actions. I believe in what I did. I believe what I did helped people. The judge told me to file an appeal. I did,” he said.