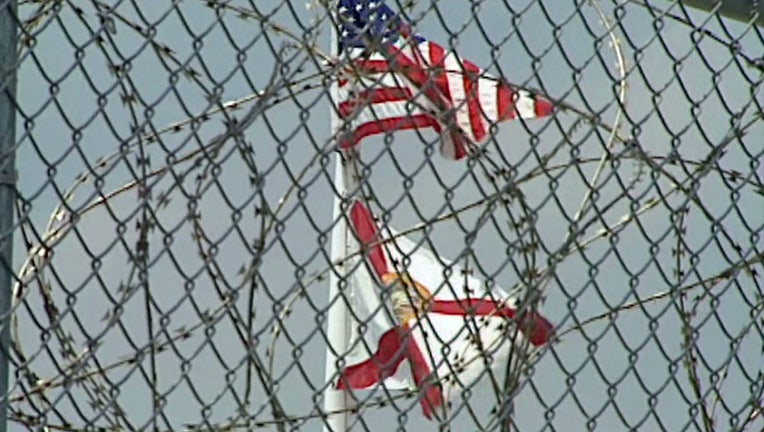 TALLAHASSEE, Fla. - The number of inmates at a Northwest Florida prison who have tested positive for COVID-19 skyrocketed to 30 on Thursday, according to the Florida Department of Corrections.

The latest tally at Blackwater River Correctional Facility in Santa Rosa County is a jump from a Wednesday report of just four positive cases among prisoners.

All but one of the state’s 31 inmates who have tested positive for COVID-19 are located at the Milton facility, a private prison operated by The Geo Group. The other prisoner is housed at Sumter Correctional Institution in Bushnell, according to corrections officials.

In addition to the 30 inmates at Blackwater, five employees at the prison have also been diagnosed with COVID-19, the highly contagious respiratory disease caused by the novel coronavirus.

Officials with the Department of Management Services, the state agency that oversees private prison contracts, have not revealed how many inmates with COVID-19 symptoms have been placed in isolation at Blackwater or how many of the facility's inmates and staff have been tested.

Agency officials also did not immediately respond to questions about the health condition of the 30 inmates and whether any of them had been hospitalized as a result of the illness.

Along with 31 inmates, 42 corrections employees who work at 21 prisons and three probation offices have tested positive for COVID-19 as of Thursday evening, according to the corrections department’s website.

As the virus began to spread within Blackwater, inmates began to panic and their loved ones sought answers about prisoners’ health.

Natausha Hunt told The News Service of Florida that her son, Gary Ford, said Friday he was coughing, feeling feverish, and placed in quarantine with at least 60 other inmates at Blackwater, which has a maximum capacity of 2,000 prisoners.

“He called me panicking and scared, and said, ‘Momma, they are leaving us here to die,’ ” a sobbing Hunt said in a telephone interview on Tuesday.

Corrections officials maintain they are taking many measures to prevent the spread of the virus within the state prison system, which has roughly 94,000 inmates, 143 facilities and about 23,000 workers.

RELATED: COVID-19 has been reported in all but one Florida county

New inmates are placed in quarantine, the temperature of inmates who are in medical quarantine is taken twice daily, and inmates in the general population can ask questions and request a temperature check, the Department of Corrections said in an email Wednesday morning.

The corrections agency, however, won’t reveal how many inmates have been tested for COVID-19 in the prisons operated by the state.

“I think the lack of information coming from the Florida Department of Corrections is very troubling. We know that once the virus is inside, it is very difficult to contain it and Floridians have a right to know what is happening to 95,000 people in the state,” Southern Poverty Law Center staff attorney Sumayya Saleh told the News Service on Tuesday.