BROOKSVILLE, Fla. - A coordinated trio of criminals has been targeting jewelry stores in Hernando County and across Florida for more than eight years, making off with about $16 million in gold, silver, jewels, and gems. They are experienced thieves whose histories of stealthy burglaries go back decades.

Since 2011, investigators have been working to catch up with them, and it appears their efforts have finally paid off. Hernando County Sheriff Al Nienhuis announced Thursday the arrests of three men he says are responsible for at least 23 sophisticated burglaries across the state.

These burglaries were not typical smash-and-grab thefts.

Two of the suspects, Michael Ornelas and William Granims, were convicted in 1999 of robbing at least 50 jewelry stores across the southeast, and they served time in federal prison. 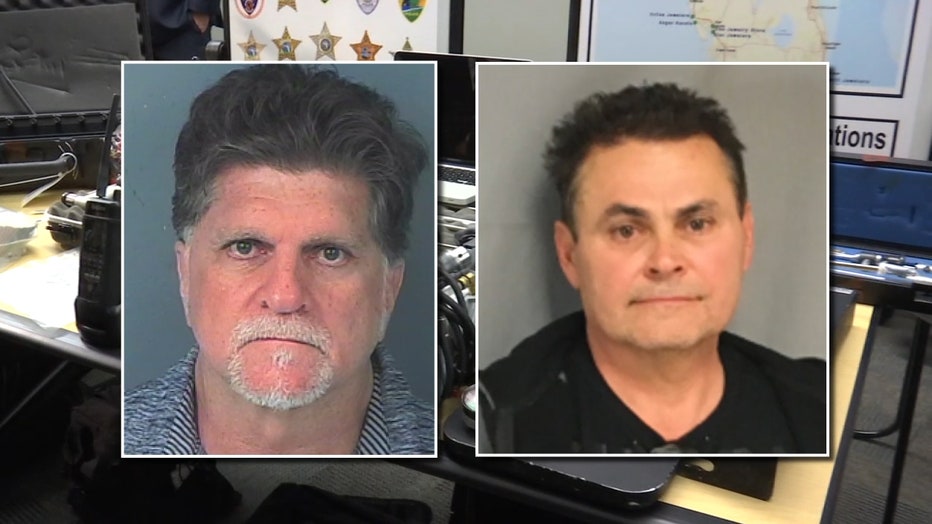 The case was highlighted in an episode of the TV show “Masterminds.”

During the investigation into their late-90s crime spree, the FBI realized the thieves would rob a jewelry store and then hold up a nearby gas station or convenience store.

During the episode of “Masterminds,” officers involved in the case said the suspects would plant fake evidence along the way, including DNA evidence.

In 2008, Ornelas and Granims were out of jail and apparently reunited to pick back up where they left off. That’s when they became a trio, bringing Matthew Petruccelli into the fold. 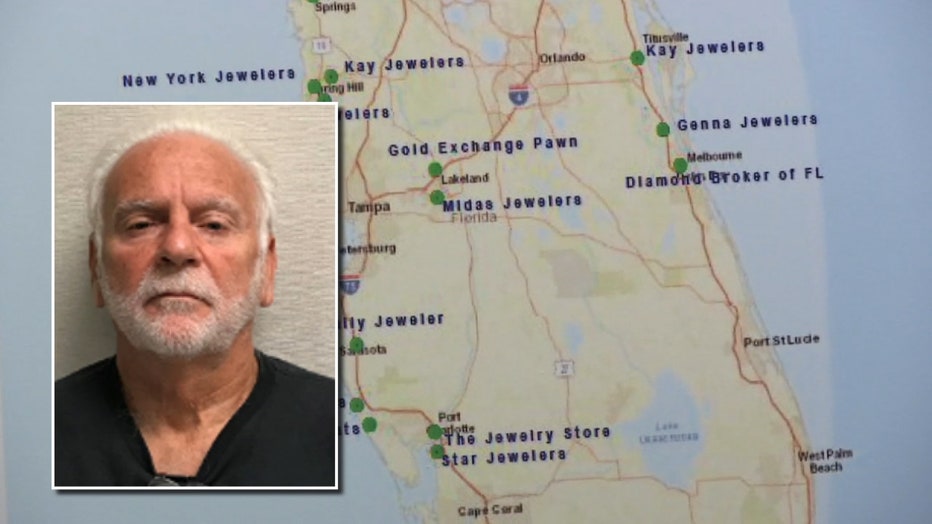 In 2011, similar types of burglaries began to stack up in Polk, Charlotte, Alachua, and Marion counties.

Nienhuis said the suspects drilled holes in safes to take some of the most valuable items and cash from the stores.

The thieves would go in through an adjacent business and disable the alarm, all while monitoring police frequencies. They would drill through the walls and make off with cash and jewelry. 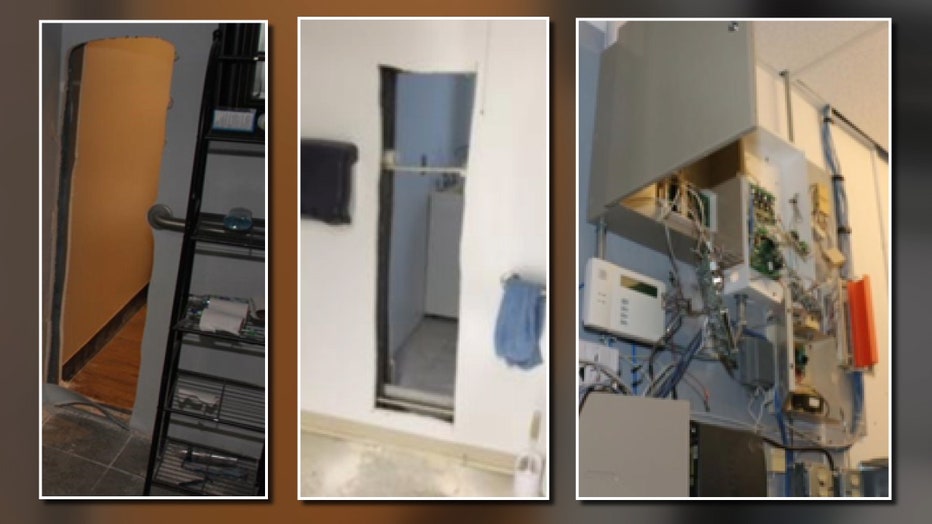 It wasn’t until similar burglaries were reported in Sarasota County that investigators began to link all of the jewelry store thefts together.

In March 2017, there were five more cases, two of which were in Hernando County. The last burglary was at a Kay Jewelers, which the sheriff explained was a little different from the previous crimes.

Instead of drilling holes, they cut out entire sections of the side of the safe. The sheriff said investigators later realized why the MO changed: one of the suspects, Michael Ornelas, was contracted by Kay Jewelers to open their safes when employees became locked out. So, when they broke into a Kay Jewelers, they cut into the sides of the safe rather than using the recognizable method Ornelas was contracted to perform.

"We don't see this very often so our initial reaction was that this may have been an inside job," the sheriff said.

Sheriff Nienhuis said Ornelas is considered among the top five most skilled safe crackers in the world, both for his legal and illegal work.

Once investigators were able to put the pieces together and identify the suspects, an FBI agent traveled to a South Florida thrift store owned by one of the suspects, where they identified jewelry for sale at the which was suspected to have been stolen from one of the many victims, including Dan Short of Dan-lo Jewelers in Spring Hill, Florida. 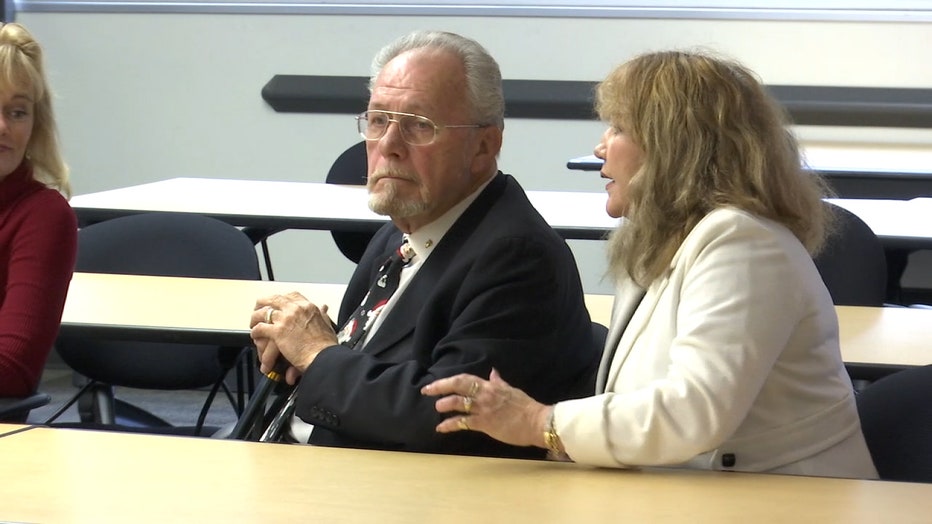 "They ruined 23 people's lives including mine,” Short said. “I lost over a million dollars that I have been saving for over 40 years to retire."

One of the recovered items from the South Florida resale store was a pendant, which was custom made for Short’s wife. 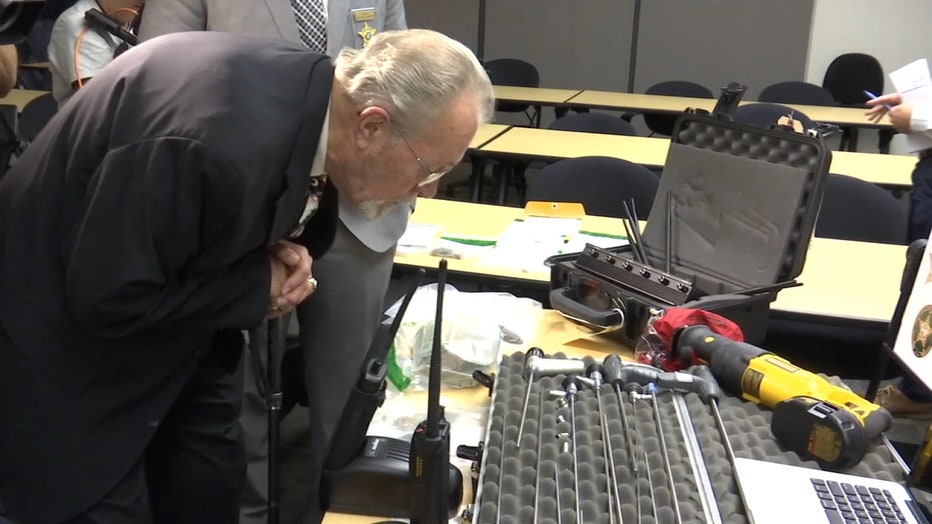 Short inspects tools which investigators say the thieves used to break into safes.

Investigators were closing in on their suspects, continuing to build their case, when they discovered the trio was in the process of branching out. Sheriff Nienhuis said the trio headed to Chicago to rob jewelry and marijuana shops in Illinois.

As they prepared to rob a jewelry store in Chicago, law enforcement officers arrested them. Now they face a long list of charges and many years in prison.

Over the course of many years robbing jewelers, the men are believed to have stolen upwards of $30 million worth of jewelry and cash.