TAMPA, Fla. - When compared to the high-rise construction cranes and luxury condos downtown, an empty seven acres in east Tampa doesn’t look like much, unless you see what Darrick Fullwood Sr. sees for the future here.

"To have those community amenities as they do in the Westchase and New Tampa communities," he explained.

Fullwood is the owner of Triple-A Restoration and Builders. He was with Mayor Jane Castor Wednesday, talking about affordable housing and the challenges his family faced while he was growing up here.

"I was the ninth of 10 children," he said. "My mother was a single mom. She worked at Woolworth’s on Hillsborough Avenue."

"With the soaring housing prices and limited inventory, we know there’s a great need for affordable housing today," Castor offered. 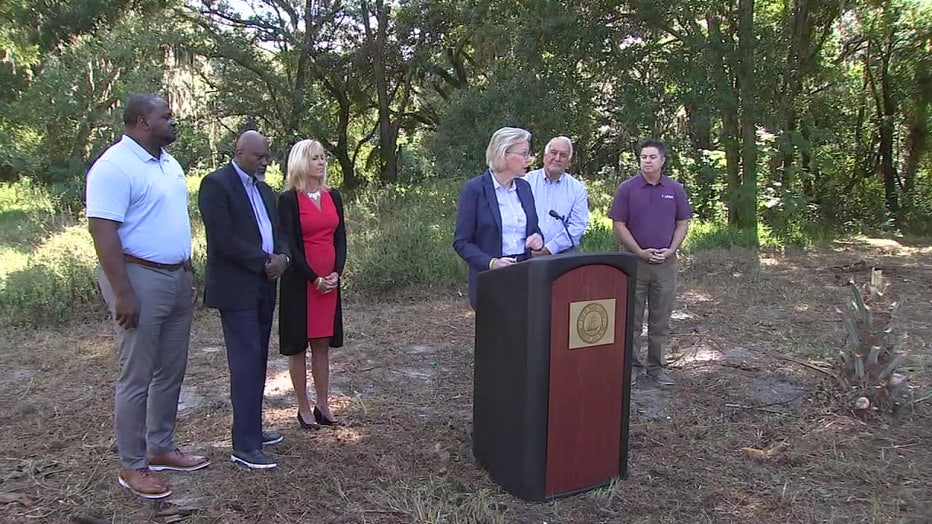 The mayor also announced a new affordable neighborhood to be built at South 56th Street and East Washington Street near the Palm River. In a public-private deal, the developer, LEMA Construction, will build a certain number of income-eligible homes in exchange for the right to build more homes on the land than is normally allowed by the city.

RELATED: 'Get a job': Developer has message for protesters at groundbreaking for latest St. Pete tower