WIMAUMA, Fla. - Michelle Kolts was living in her parents' home in Wimauma back in October 2019 when they allegedly found homemade pipe bombs in her room.

Investigators say there were 24 of those bombs, filled with nails, screws, and pellets. They also found other weapons and materials to make more bombs, plus books about terrorist bombings and a list of possible targets.

Kolts has been in jail since her parents turned her in.

A Wimauma woman was arrested early Friday morning after her parents found a "significant" amount of pipe bombs in her bedroom, the sheriff announced.

Recently, her attorney sought to cut a deal with the state. Kolts would plead guilty to a set of charges in exchange for getting mental health treatment at an outpatient facility, instead of jail time.

The Hillsborough County Sheriff's Office submitted a request for a Risk Protection Order that would allow deputies to take away Kolts' firearms.

But the case hit a snag. The question of Kolts' competency was raised again and now doctors will evaluate her. 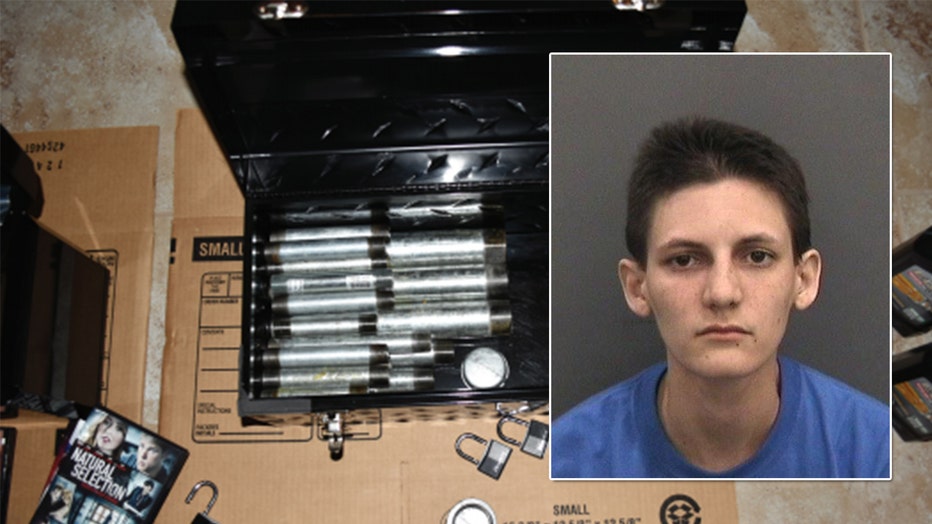 If they determine she is unfit to stand trial, she will be sent to a state hospital for treatment.

The judge wants the doctors report on Kolts next month. She faces several counts of making and possessing explosive devices.

A woman accused of having bomb-making materials at her parents' home in Wimauma is expected to make a plea deal that includes spending time in a mental health facility.