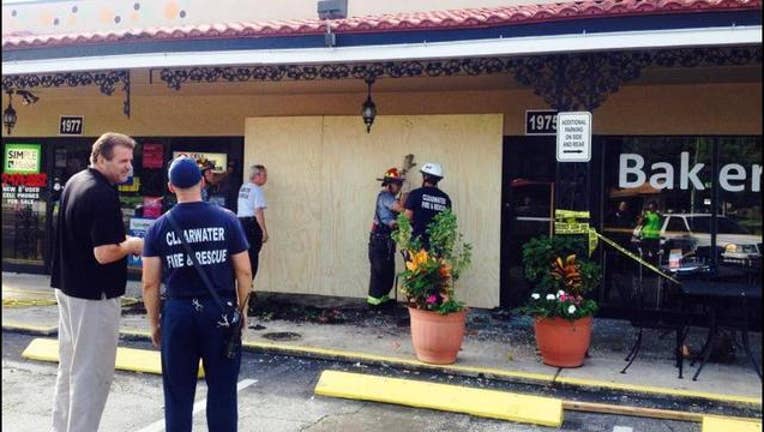 CLEARWATER (FOX13) - No one was injured when a driver slammed into the front of a bakery in Clearwater Saturday morning.

The crash happened around 8:45 a.m. at Manos Bakery Café on Drew Street.

According to police, the unidentified driver ran a red light and hit another vehicle before crashing into the front of the store.

Two employees were inside the bakery at the time, but they weren’t hurt.

Police said the driver was cited for careless driving and not having a valid driver’s license. The front of the business sustained heavy damage.