Some videos and images purporting to show election workers filling out ballots and unproven claims of fraud are circulating, and fact-checkers at social media platforms are labeling them as false because they are taken out of context.

Elections officials said an election worker filling out a ballot is a part of a legal process called duplication, where a worker fixes a damaged or defective ballot so the machine can read it.

“There’s rules, the administrative rules tell you exactly what to do with that. It’s plain and simple,” said Craig Latimer, the Hillsborough County Supervisor of Elections.

Latimer said the ballot is stamped as “original” and the other a “duplicate,” and both get matching serial numbers. Workers then transfer the voter’s intent from one to the other, and the duplicate ballot is counted. Latimer explained why it can happen with some mail-in ballots. 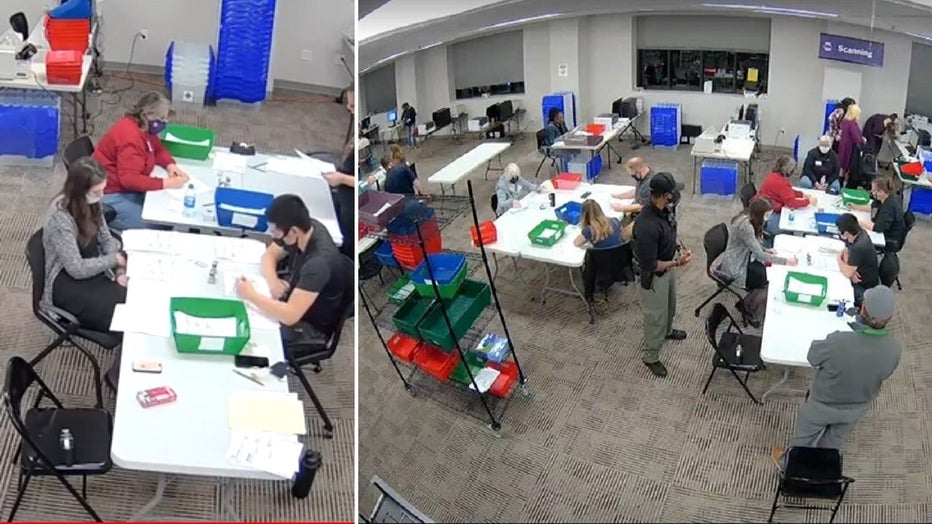 “Somebody will fill in an oval and go ‘Oh my gosh! That’s not who I wanted to vote for.’ So they’ll cross it out, they’ll fill in another oval, they’ll put an arrow to the one that says this is the one I want, and they’ll actually initial it sometimes. But the machine is reading that as an overvote, so it won’t go through. So we have to duplicate that ballot with the voter’s intent, so it can be counted then properly,” said Latimer, who added that ballots that have food or drink stains on them also go through the duplication process.

In Florida, Latimer said the original ballots are separated, and anyone can watch what’s happening.

“We had in this election observers who came in from the parties and observed,” said Latimer about the Hillsborough County elections.

“Let the process play itself out, and if there are legitimate reasons to raise complaints, do it through the proper and the sanctioned channels,” said Benton.

“Not only is it part of the process, it actually is giving the voter their voice,” said Latimer.

For Hillsborough County, the supervisor of elections said they also received about 2,000 faxed ballots from overseas and the military. The machine can't read traditional paper, so the faxed ballots were copied. Latimer said they had to fix 4,000 to 5,000 ballots.