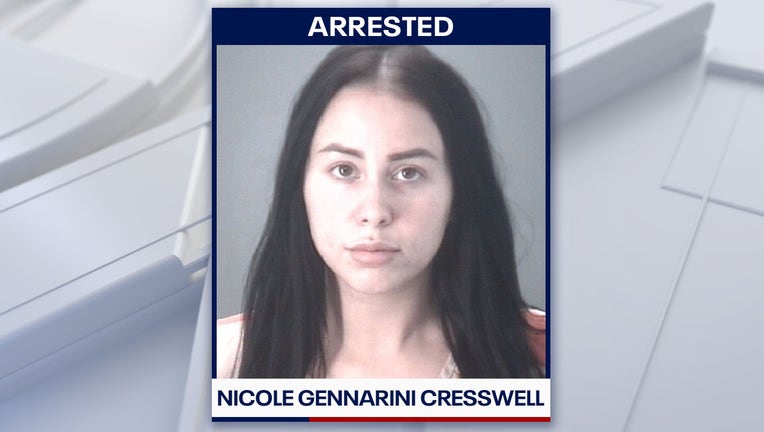 WESLEY CHAPEL, Fla. - Troopers say they arrested a hit-and-run driver who struck and killed a 64-year-old woman on a mobility scooter as she was getting her mail at the edge of the road in Wesley Chapel.

The victim was struck at the edge of her driveway in the area of Conrad Street and Robin Roost Lane around 5:45 p.m. Tuesday.

The woman who struck her fled the scene, FHP said, but investigators used witness accounts and car parts found at the crash site to identify a suspect.

Troopers were able to locate 24-year-old Nicole Gennarini Cresswell just before midnight sitting in her gray 2019 Nissan Sentra less than 3 miles away from the scene of the crash.

She was arrested and charged with leaving the scene of a crash involving a death, and taken to the Pasco County Jail.