TAMPA, Fla. - The pain at the pump is at an all-time high. Over the weekend, Florida set a record for the most expensive gas prices to date, putting the state's gas prices five cents above the national average for fuel.

Prices rose 30 cents over the past week. The new state average and record high reached $4.49 per gallon. That’s 11 cents more expensive than the $4.38 record high that was set back in March which was the highest price Floridians had seen since 2008.

"Since last summer the gap between supply and demand has widened over time, demand higher than supply," said Gas Buddy’s head of petroleum analysis Patrick De Haan. "And that was made worse by countries cutting off or sanctioning Russian oil, so those imbalances have caused oil to go up. Now, we have gas prices going up not only going because of oil but because demand, even in light of high prices of demand is still going up." 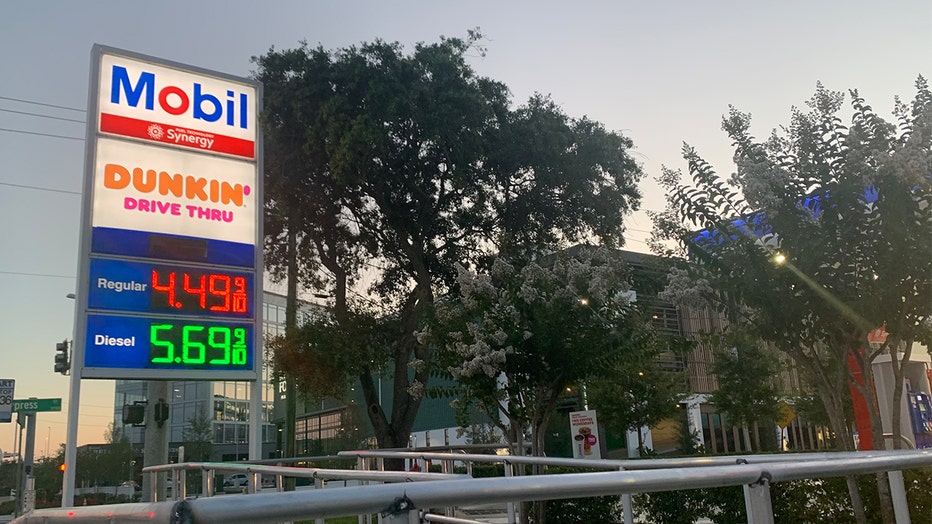 Experts said that, for now, that $4 dollar price tag most likely isn’t going anywhere. While the fuel market is extremely unstable and hard to predict, experts say that any drop in price in the near future likely won’t be significant.

The spike in prices is largely due to the price of barrel oil going up another 9 cents last week, with the continued war in Ukraine also playing a part. However, many factors are playing a part in those increased prices.

"Right now, what’s driving prices is the expectation that demand for the summer driving season is going to be much stronger than last year. You couple that with lowering supplies here domestically and stronger demand internationally," said Mark Jenkins, a spokesperson for AAA Auto Club

RELATED: Inflation gave most Americans a 2.6% wage cut in April

Florida's politicians have stepped up to the plate attempting to address the issue, recognizing just how much these prices are affecting Floridians. Governor Ron Desantis signed a bill about a week ago that would suspend Florida’s 25-cent gas tax that will take effect in October. Representative Val Demmings, who is running for a seat in the Senate, is also co-sponsoring legislation that would ban price gouging at the pump.

Experts don’t expect the price per gallon to exceed that $5 mark, but they’ve warned that prices could climb another 10 to 20 cents in the coming weeks.