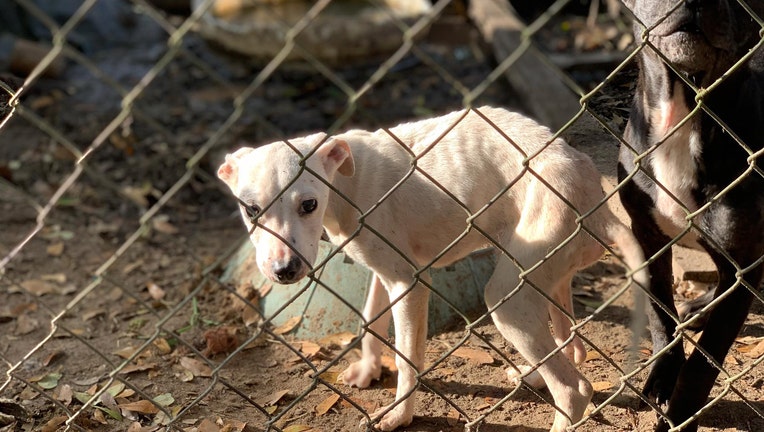 The Boca Raton Democrat’s proposal (HB 177) would set increasing penalties for people who leave dogs or cats tethered outside during times of "extreme heat or cold, thunderstorms, lightning, tornadoes, tropical storms or hurricanes."

People would receive written warnings for first violations, $250 fines for second offenses and $500 for subsequent violations.

RELATED: 20 golden retrievers flown to Florida after being saved from slaughter, meat markets in China

Slosberg’s proposal is filed for the legislative session that starts March 2.

During the 2019 and 2020 sessions, Sen. Joe Gruters, R-Sarasota, unsuccessfully proposed first-degree misdemeanor charges, with penalties of up to one year in jail or $5,000, for leaving dogs outside and unattended during freezing temperatures and other severe weather.

A staff analysis of the 2019 bill noted that Palm Beach County Animal Care and Control reported many pets were chained to trees and parked cars when their owners left them behind to ride out Hurricane Irma in 2017. It said 49 dogs and two cats were rescued by animal control officers.