BOCA GRANDE, Fla. - A dolphin got up close and personal with a South Florida man as it chased a snook in shallow waters in Boca Grande.

Corey Brehm recorded the encounter, which started with the dolphin several yards away, splashing in the water near some kayakers.

As the dolphin continued to pursue its prey, it came closer to Brehm, eventually chasing the fish right between his legs. 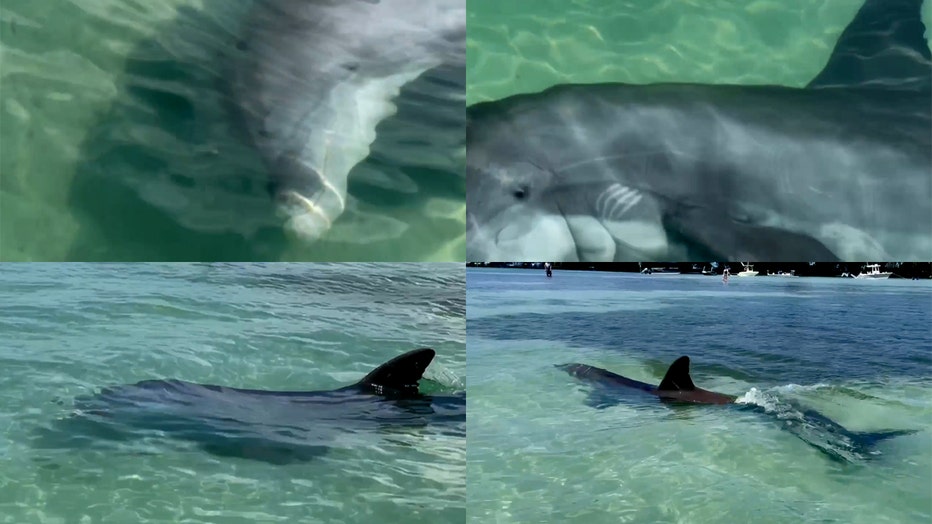 Corey Brehm had a close encounter with a dolphin in Boca Grande, FL

Seconds later, the dolphin conquered its conquest and Brehm said "he got it!" adding a "thank you" to the dolphin for the show and encouraging it to "enjoy that dinner."

Dolphins swim alongside boat in crystal-clear waters off Pinellas County

This is Clearwater really living up to its name. Cody Long was boating this weekend when a pod of dolphins began swimming right alongside, gliding through the crystal-clear water.

A young white dolphin has been spotted swimming close to mom in Clearwater, getting attention on social media as well as out on the water. Now, Clearwater Marine Aquarium is appealing to the public to just let the animal be.

Sarasota police captured video of a giant manta ray near New Pass. It's at least the third sighing of a manta ray within a month.