What to expect on Election Day

FOX 13's political editor Craig Patrick discusses expectations on Election Day, including when America can expect an answer and predictions on which candidate could win Florida.

“Polling locations are open, they are prepared, and they are equipped for voters,” Lee said during a late-morning news conference in Tallahassee. “All precincts opened on time, and voters are currently casting ballots.”

But with Florida a fierce battleground in the race between President Donald Trump and Democratic presidential nominee Joe Biden, Lee also said members of the Florida National Guard are on standby in case of problems after polls close and results emerge.

“It is our understanding that, at the direction of the governor and out of an abundance of caution, the Florida National Guard is activating a number of soldiers who will be available to assist the state, standing by to assist local law enforcement and their communities as needed,” Lee said.

With the massive number of people casting votes by mail or at early voting locations before Tuesday, wait times were not expected to be long at most polling locations in the state.

Pinellas County has a tendency to go the way of the state and the nation in presidential elections, but at the close of early voting, there's no real sense of who will take the vote.

Registered Democrats had cast 3.55 million of the ballots, topping the nearly 3.44 million cast by Republicans, according to numbers posted on the Department of State’s Division of Elections website. A wildcard in the election likely will be unaffiliated voters, with about 1.96 million of them casting ballots by mail or at early voting sites.

Lee said minor technological issues were reported Tuesday morning at some voting precincts in Lake and Lee Counties, but she said the issues did not affect anyone’s ability to vote. Precinct workers across the state also were taking steps to address concerns about the coronavirus pandemic, including wiping down equipment between voters.

The secretary of state called sanitation and safety a “top priority.”

“We are prioritizing the health and welfare of Florida’s voters and Florida’s election workers,” she said. 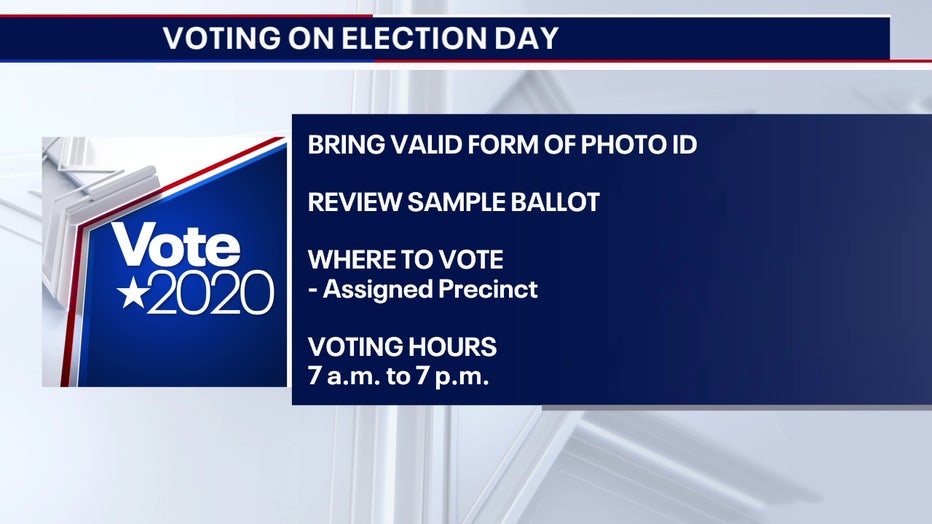 While the pandemic has played a major role in the election, state and national officials also have grappled with issues related to security and disinformation. Lee said her department was monitoring security statewide but had not received any reports of issues as of late Tuesday morning.

Also, she said “misinformation and disinformation continues to be an active threat” and said voters should rely on county supervisors of elections for information about issues such as polling places.

Do not be afraid to go to the polls: Tampa Bay county officials assure safety Tuesday

“Do not believe everything you read or see on social media,” Lee said. “Voters should not rely on information from social media about precincts, voting information or elections information. Accurate information regarding elections, precinct location and voting is with your supervisor of elections.”