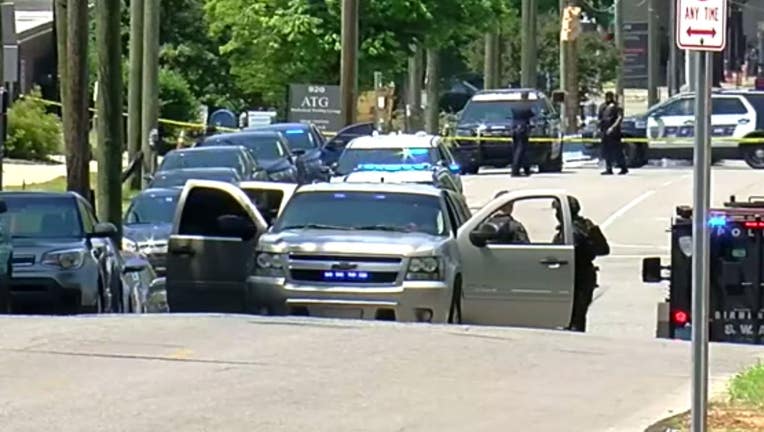 Four Alabama police officers have been hospitalized after a shooting at an apartment building on Sunday.

Birmingham Police Sergeant Rod Mauldin told reporters at a news conference that officers responded to a call at approximately 6:30 a.m. of a man and a woman who were shot on the 1000 block of Richard Arrington Jr. Boulevard.

The male, discovered unresponsive on the sidewalk, was pronounced dead on the scene, while the female was taken to a nearby hospital, where she was later pronounced dead.

Mauldin said the shooting stemmed from an altercation with another male individual over a dog. Police described the suspect responsible for the shooting as a white male with a red shirt and overalls.

After receiving and executing a search warrant to enter the suspect's apartment on 18th Street South in Southside, officers were immediately met with gunfire.

Officers returned fire, killing the suspect. However, the four officers were taken to a nearby hospital after two officers were shot while the other two were grazed by gunfire during the incident. All four officers are expected to recover from their injuries.

The Alabama Law Enforcement Agency's State Bureau of Investigation is leading a probe into the shooting.