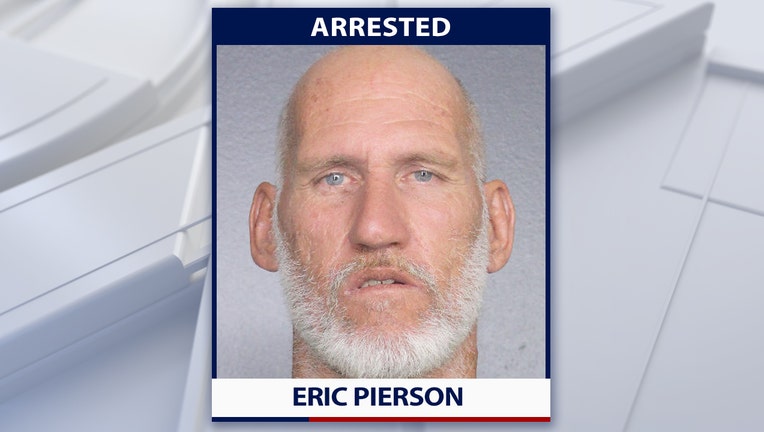 SUNRISE, Fla. - Police have charged a convicted murderer with the slaying of a South Florida woman whose body was found in a canal after being missing for three weeks.

Eric Pierson was charged Saturday with first-degree murder for the slaying of 33-year-old Erika Verdecia. Her stabbed body was found in a suburban Fort Lauderdale canal.

Sunrise police say Pierson confessed to stabbing the single mother with a screwdriver on Sept. 25. Pierson had been released from prison in September 2020 after serving 27 years of a 40-year sentence for the 1993 beating and strangling 17-year-old Kristina Whitaker.

In 1985, Pierson broke into a home and slit a woman's throat. He served four years.