A report written October 31 says because of survey techniques used, the cave locations could be inaccurate by as much as 200 feet, meaning residents may not know for sure if their homes are right above it, or not.

HUDSON, Fla. - State geologists are warning Pasco County residents about dozens of depressions that have opened up in their neighborhood.

Late this summer, 76 depressions opened in the Willow Brook Court area of Hudson. A new report confirms the cave system that may be causing the problem may not be where residents believe, and that attempts to remediate the depressions may cause damage.

Tom Murray is a Willow Brook Court resident who woke up several months ago to find a 10-foot deep depression filled in and sealed, right across the street from the center of the depressions that opened in October.

"Not knowing what the bottom line is going to be is really the issue that is bothering everybody affected," he said.

Geologists have said the holes opened above cave systems that are between 15 to 150 feet down.

A report written October 31 says because of survey techniques used, the cave locations could be inaccurate by as much as 200 feet, meaning residents may not know for sure if their homes are right above it, or not.

"If I am a resident and I am in that Beacon Woods cave system area, I am going to be walking around my house on a weekly basis, looking around my house for any cracking, any windows and doors that are sticking," said Jay Silver, the head of Helicon USA, a company that rehabilitates sinkholes. 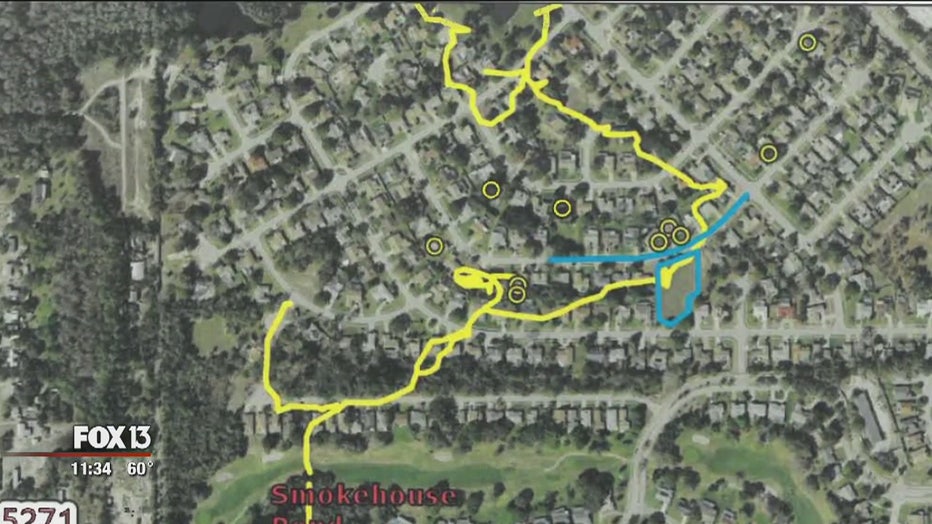 Mapping of a cave system shows the problems below the surface may be worse than previously thought.

Geologists also confirmed previous assertions that any remediation should be executed with caution as they may have adverse effects on the stability of the land including nearby homes, the cave system and aquifer.

They called for less-invasive studies to be done. They also confirmed future sinkholes are likely, but the location, size and timing are unknown.

"That area is the perfect recipe for sinkholes," said Silver.

That means Tom and his neighbors have plenty to watch for.

"There is nothing we can do except wait and see what they come up with," said Murray.

There is a list of precautions you can take to stay aware of any possible sinkhole formation. You can find it at https://floridadep.gov/fgs/sinkholes/content/sinkhole-faq