Construction ahead of schedule on Howard Frankland Bridge

ORLANDO, Fla. - Back in April as COVID-19 forced many drivers off the roads, the governor called for the acceleration of roughly 50 infrastructure projects, about $2.1 billion worth. Among them was the new Howard Frankland Bridge span.

The project was highlighted Friday afternoon during a round-table discussion on transportation.

“The Howard Frankland Bridge project in Tampa was accelerated by a month,” Governor DeSantis said from Orlando. “Allowing the project team to start their work to be able to replace current bridge faster.”

Here’s what you can expect from this $864-million project: Workers will build a new southbound bridge with four general-purpose lanes, pedestrian lanes, and express lanes.  Over time, the existing southbound lanes will convert to northbound, and eventually the oldest bridge will be demolished.

PREVIOUS: FDOT to speed up work on Howard Frankland bridge during 'safer at home' order 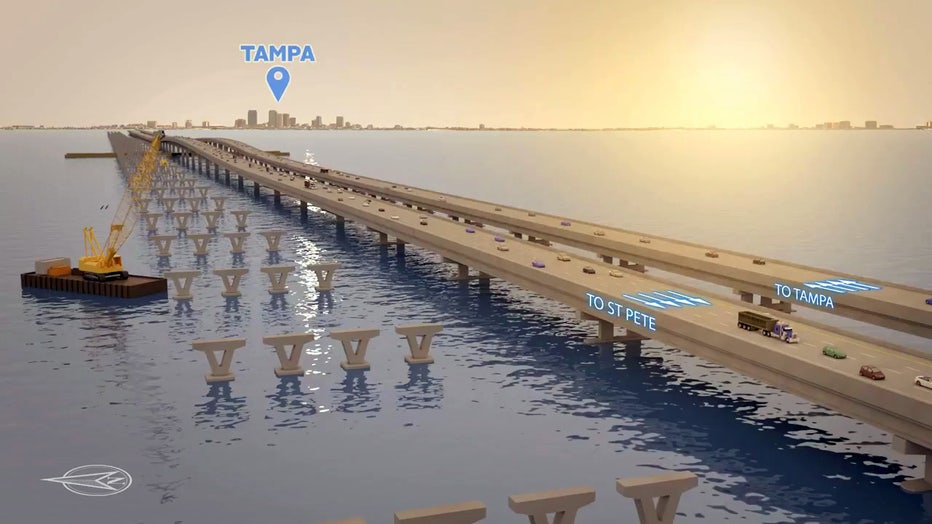 The governor says speeding up this kind of work makes sense, even during a pandemic.

“So you're keeping people working, that’s going to reduce commute times, that'll happen sooner, that increases productivity,” he said.  “Not only are they getting paychecks, not only can they feed their family, but it also reduces fear and anxiety out there.”

Construction will begin later this year.  The project is expected to take five to six years to complete.