TAMPA, Fla. - Hundreds of thousands of Floridians who've lost jobs due to COVID-19 are depending on the state's troubled unemployment system. But many have been unable to get through for weeks and are unable to get help to pay their bills.

Monday, a group took to the streets in Tampa to protest.

They represented different careers from graphic design to airlines to restaurants and bars. Their common complaint brought them to the same sidewalk.

"We are all going through the same thing together, losing our jobs and not being able to access the system," said Kelly Johnson of Dunedin.

About a dozen people stood along Tampa's Bayshore Boulevard with signs, some reading, "We are not lazy. We are Floridians" and "Website still not working" and "My jalopy runs better." 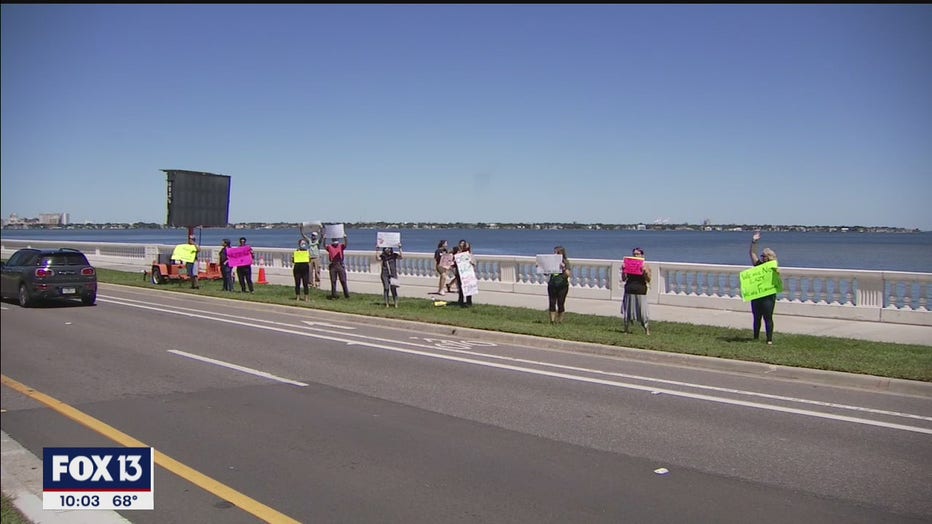 "Just this morning, I was marked ineligible even though I've worked for the same company for 11 years," one woman said.

They're talking about the Florida Department of Economic Opportunity's CONNECT unemployment website. It's been plagued with glitches and crashes while the call center is overwhelmed by hundreds of thousands looking for help.

"I made 200 phone calls, days on end trying to get in. You just get kicked back out. It won't even let you be on hold," said Sabrina Harris of Dunedin.

That same day, at Tampa General Hospital, Governor Ron DeSantis said he may order an investigation into why the website cost so much but works so poorly. His main priority, right now, is getting it fixed.

You may think the state’s failing, crashing, glitch-ridden unemployment system is the result of staggering incompetence. But believe it or not, Craig Patrick reports, the governor said our state government built it that way on purpose.

"I’m not going to cry over the spilled milk," DeSantis said, "because my number one concern outside of health is to get the checks out. So, we’re putting a hundred percent of the effort on this."

DeSantis said they processed 300,000 claims and payments over the weekend, while the site was down for maintenance. According to the DEO, 79% of more than 824,000 confirmed unemployment claims filed since March 15 have been processed as of Sunday, with payments going out to 47% of those eligible. 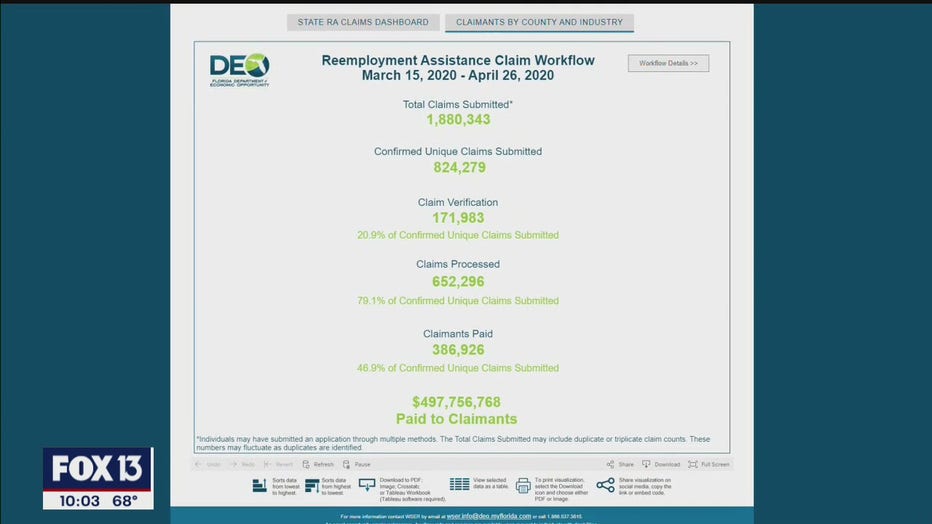 "I got approved after 6 weeks of waiting and I get $70 a week, "Johnson said with disappointment in her voice. "40 to 50 hours a week, I pulled. I worked two jobs."

For those still awaiting approval, each day without an answer gets more discouraging.

"I have my paperwork, I have W-2s, I have pay stubs, I have ID, I have all the information, I can provide it readily," one protester said. "It wasn't this hard for me to close on a house a couple years ago." 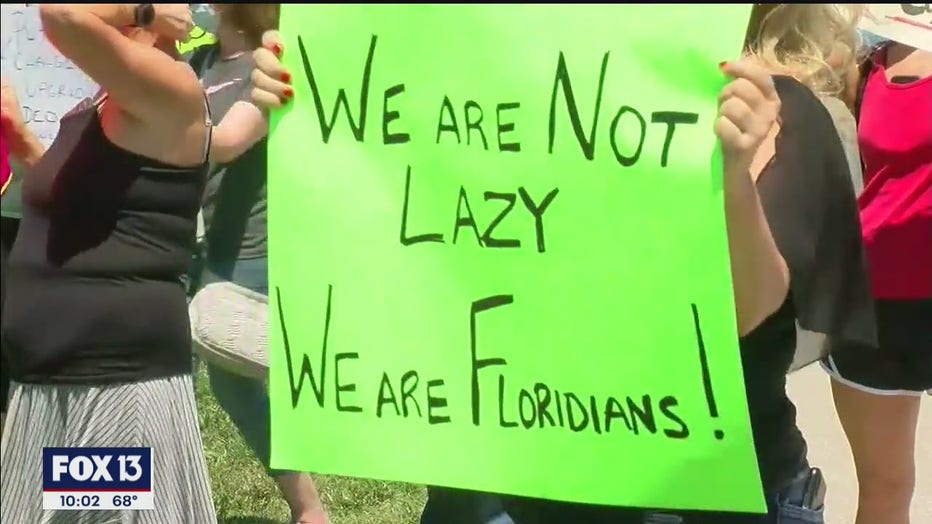 The state's CONNECT website was down all weekend so workers could catch up on all the claims that have been pending now for several weeks. It was supposed to be back online at 8 a.m. Monday, but users said they were unable to log in.

The group that organized Monday's protest has a Facebook page, Action Group for COVID-19 Unemployment. They share their own personal stories and experiences with the unemployment system there. They hope to plan more events like this until things get fixed up in Tallahassee.

The state, meanwhile, has been accepting public comments through an online portal for residents to provide feedback on reopening the state's economy.